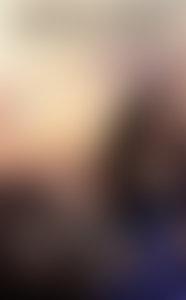 The First Truth was the first thing I wrote. Seriously, the very first thing I wrote . . . and rewrote, and rewrote until I realized I’d spent five years on the same 120,000 words. It slowly evolved into a four-book series that originally found publication in 2001 and is now in the fortunate position to be given a chance at a new life, but what I’m most known for is my work as Kim Harrison.

I began writing in the urban fantasy genre even before the genre had a proper name, chasing the heels of Hamilton, Harris, and Butcher with my own version of magic in the modern setting. It had been done before, but not with such popularity, and when I began writing as Kim Harrison, I had no inkling that this new genre would pull me away from my earlier work in the fantasy field. Who knew that urban fantasy was set to explode? Now that the Kim Harrison books have their own identity, I’ve been allowed the chance that is not afforded many in the writing field: the chance to breathe new life into an early story that I love.

I read through First Truth about a year ago when the chance to see the Truth books repackaged first came up. I was afraid that the writing might be childish, the newbie shine too great, that the people who enjoy the Kim Harrison stories would look at it and scratch their heads, and perhaps I should just let my early works die. After all, the two genres of fantasy and urban fantasy are vastly different. The pacing is much slower in the Truth books, the tone and voice more lyrical. It’s a different genre, and it shows. I worried that the people who love the Hollows might pick up First Truth expecting Rachel with a sword and dragon instead of a spell pot and convertible, and be disappointed when they found out Alissa was her own person in her own right with her own storytelling style.

But as I read, I fell in love with Alissa’s tale all over again with its dragons, pet kestrels, a wandering minstrel who loves her despite a chasm of prejudice between their peoples. And then I remembered the mirth trees and the soul lovingly waiting for her there through the centuries, and Useless’s secret, waiting to be resolved. I remembered Alissa’s anguish when she realized she loved Strell, and the power she held because she was neither plains nor hills. I saw again in my mind the echoing caverns under the Hold and felt the thrill of Alissa’s discovery of who she was and the terrible price her birthright came with. Oh yeah. I wanted these stories to live again. My storytelling was not as smooth as it is now, the delivery not as polished, but that, too, is part of the story’s charm. The raw enthusiasm I have for my work shows no place clearer than here . . . when the discovery of my love for writing spills forth in a splurge of creativity before it was corralled with experience and technique. I can’t wait to see how people react to Alissa, Strell, and Useless. I think they’re pretty cool.

I have a story to tell. That’s what’s it’s all about. The rest is just semantics.