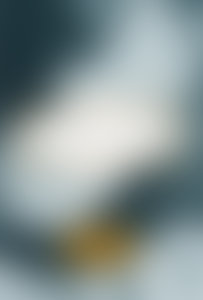 Anna Akhmatova was born Anna Gorenko in 1888 and died in 1966. A popular poet of the Acmeist school, she took a pseudonym when her upper-class father objected to her "decadent" choice of career. She was married to the Acmeist poet Gumilev from 1910 until 1918, and spent time in Paris, where she posed nude for Modigliani. After the Revolution, Akhmatova remained silent for two decades. Her ex-husband was executed in 1921, their son was imprisoned for sixteen years, and her third husband died in a Siberian prison camp. She began publishing again at the outbreak of World War II, and her writings regained popularity despite being harshly denounced by the Soviet regime in 1946 and 1957 for "bourgeois decadence." Ejected from the Writers’ Union in 1946, she was made its president two years before her death in 1966. Her greatest poem, "Requiem," gives voice to the suffering of those who, like the poet, spent many years waiting outside prison walls for word of their sons, husbands, or lovers. It was not published in its entirety in Russia until 1987.