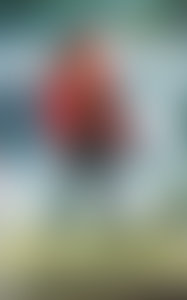 Let me welcome you to Miami: land of sun, sand, and the supernatural.

There’s more to the world than most people know, a second world running alongside our own: the magicus mundi. Everything we’ve ever been afraid of is real and it’s worse than we ever imagined.

Luckily, there’s Sylvie Lightner. Once she was an ordinary college student; once she was innocent. Then, she learned that monsters were real, and ever since, she’s pitted herself against the magicus mundi, a girl with a gun and a never-give-in attitude.

That all changes when she fails to save a friend from being murdered. Sylvie is close to a breakdown: she’s been running on the edge of her endurance for too long, and has become a hair-trigger creature prone to reflexive violence. The never-give-in girl is about to call it quits.

Problem is, it’s not that easy to escape the magicus mundi.

Enter Kevin Dunne, the god of Justice. He needs Sylvie’s help to find Bran, his kidnapped lover, and he won’t take no for an answer. Refusing him endangers her friends, her family, and the world. Sylvie has no choice but to pack up and head north to where Bran was last seen.

So, it’s welcome to Chicago: land of skyscrapers, subways, and a stressed-out god.

Sylvie’s off her turf and out of her depth. To make things worse, Dunne’s desperation is turning Chicago into a magical warzone. Before she can find his lover, Sylvie’s going to have to navigate a city full of infighting gods, Furies, murderous sorcerers, the enigmatic sphinx, and a shadowy government agency with an unhealthy interest in preternatural powers.

Did I mention her ex-boyfriend? Michael Demalion, the man who betrayed her once before, offers to help her find Bran, to get things back on track in Chicago. She needs his help. She just doesn’t know if she can trust him. And, as if that’s not enough trouble for any girl to deal with, Sylvie learns that she’s far more intimately involved in Bran’s case than she ever expected. It’s not just any villain she’s chasing, but family.

Before she can rescue Bran, save her friends, the city, and the world, first she’ll have to save herself.

I hope you’ll find Sylvie as entertaining a heroine as I do, and enjoy her attempt to bring order out of magical mayhem.