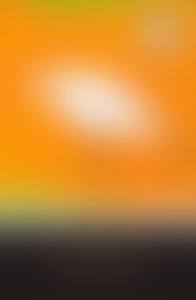 Rachel L. Carson (1907–64) wanted to be a writer for as long as she could remember. However, while at Pennsylvania College for Women (now Chatham College), she changed her major from literature to biology, graduating in 1929 at a time when there were few women in science. She completed an M. A. in marine zoology at Johns Hopkins University, taught at the University of Maryland, and published articles on natural history in the Baltimore Sun. From 1937 to 1952 she was an aquatic biologist for the U. S. Fish and Wildlife Service, resigning from her position of editor-in-chief to devote herself to writing.

Carson’ s unique combination of lyrical prose and accurate science earned her international literary acclaim with the publication of The Sea Around Us in 1951. She was awarded the National Book Award for Non-Fiction, the John Burroughs Medal, the Gold Medal of the New York Zoological Society and the Audubon Society Medal. Carson was a fellow of the Royal Society of Literature and was elected into the American Academy of Arts and Letters.

Her first book, Under the Sea Wind, appeared in 1941. Silent Spring, which alerted the world to the dangers of the misuse of pesticides, was published in 1962. Carson’s articles on natural history appeared in the Atlantic Monthly, the New Yorker, Reader’s Digest and Holiday. An ardent ecologist and preservationist, Carson warned against the dumping of atomic waste at sea and predicted global warming. Rachel Carson died of cancer at the age of 56.

Sign me up for news about Rachel L. Carson and more from Penguin Random House