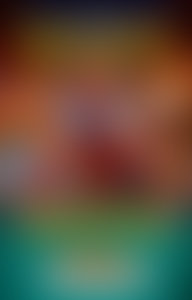 Robert (Lynn) Asprin was born in 1946. While he has written some stand alone novels such as Cold Cash War, Tambu, The Bug Wars and also the Duncan and Mallory Illustrated stories, Bob is best known for his series: The Myth Adventures of Aahz and Skeeve; the Phule novels; and, more recently, the Time Scout novels written with Linda Evans. He also edited the groundbreaking Thieves World anthologies with Lynn Abbey. He died in 2008.

Dragons Wild is the beginning of your first solo series since Phule’s Company was launched in 1990. Fans will be so excited—are you excited? How does it feel to go through all this again, 18 years later?

It’s extremely exciting, but also a little scary. This is unlike anything I’ve written before, so there’s no way to be sure how the readers will react. Will this be a “new voice” for me, or the biggest bomb since Hiroshima? It’s particularly nerve wracking, as I’ve just finished the sequel, Dragons Wild, without any feedback from readers or reviewers. Really is time to cross the fingers and hope.

Some readers may know that you’ve been living in New Orleans for the last good many years, and that you’re quite the poker player yourself. Did you love poker before the latest craze? What about it appeals to you? Is being a good poker player anything like being a writer, creating a “stone face” fictional persona to keep the other players guessing?

My love of poker dates back to my college days at Michigan during the 60’s. (Actually, from before that as my first lessons were from my Dad while still in Elementary school.) I still prefer the standard forms of Draw and Stud Poker over the new Texas Hold’em Craze. They’re not as conducive to “timed play” like on TV or in tournaments, but it’s still what I think of as “real poker”.

What drew you to New Orleans? What was your experience of Hurricane Katrina? Did it change your feelings about the place? Are you going to stay?

I fell in love with New Orleans, particularly the French Quarter when I first vacationed here in 1989. Good food, good music, and an “old small town” feel to it. More to the point, they keep the same kind of hours I do, being more than a bit of a night owl.

Katrina was a life changing experience for anyone who experienced it. While there were many horror stories and heroic stories about what went on, I actually had it pretty easy. The French Quarter was high and dry through the whole thing, so it was just a matter of sitting it out. I did finally evacuate a week after the storm, when living without electricity or water (not to mention fresh food) got to be a pain. It was three weeks before they’d let us return, but I’m back and here to stay.

Dragons Wild—It’s a fantasy that appeals to a lot of people—turning 21 and inheriting a lot of money. Your character must be pretty disappointed that he inherits something else entirely. Did you know spoiled boys like this when you were younger? Is this story a way of turning the tables on the rich boys?

Actually, I grew up in a middle class household. The few “rich kids” I knew actually seemed to have it a lot rougher than most people envision. (A LOT of family pressure on their lives and careers.) Rather than “turning the tables”, I think of the story more as showing that even someone with privileges suffers the same insecurities and trials that anyone else does, perhaps a bit more because there are more people depending on them.

What’s next for Robert Asprin?

As I mentioned, the jury is still out on the Dragons series. Both I and the publishers want to see how the readers react to it before committing to more. In the meantime, I’m continuing to collaborate with Jody Lynn Nye on the Myth series, and will return to the Phule universe to try a couple solo novels in that.