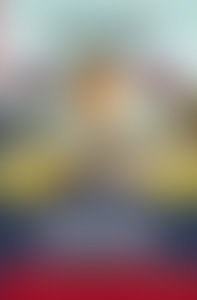 Michael Hemphill and Sam Riddleburger are both former newspaper reporters. Michael has a M.A. in Creative Writing and 12 years of newspaper experience during which he’s written numerous articles on Civil War re-enactors and history. In 2000, Michael co-founded Civil War Journey, a battlefield tour company that guides groups to Civil War sites throughout Virginia, Pennsylvania, Maryland and Tennessee. He has written for The Roanoke Times in Roanoke, Virginia, Southern Living magazine, Virginia Business magazine and The Oxford American. He has also taught journalism and nonfiction writing at Hollins University.

“Michael and I were both reporters for the same newspaper. Just as my coverage of a sewer plant was the inspiration for Qwikpick, his story about a Virginia battle flag controversy inspired Stonewall Hinkleman. He also runs a Civil War battlefield tour company so he has more than just book knowledge of battlefields.

“But Michael kept trying to use all that as the basis for a story for grown-ups. I saw it as the perfect setting for a smart aleck teenager.

“Since my father was a Civil War buff — but not a reenactor — it was pretty easy for me to imagine what life would be like for a kid who was stuck replaying the Civil War over and over again at re-enactments.

“So with Michael supplying the actual knowledge and me supplying the “are we having fun yet” attitude (and the magic bugle), we set to work. Eventually, Michael picked up on the attitude, but I never have learned too much about the war.

“There’s been some fussing and feuding along the way, but it’s a book neither of us could have written alone.”-Sam Riddleburger

Stonewall Hinkleman and the Battle of Bull Run