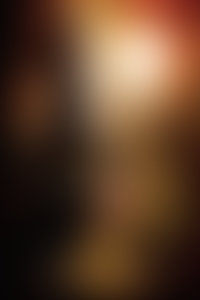 Can you start by telling us a little bit about In Dreams Begin?

In Dreams Begin is a dark time-travel horror/romance based on my personal history and the occult movement of the late Victorian era. Laura, a contemporary graphic artist, wakes up on her wedding night channeled into the body of Maud Gonne, the famous Victorian beauty, Irish revolutionary and amateur occultist who was believed to be part faerie by some in rural Ireland.

In Maud’s body, Laura, our modern, professional woman, while still coming to grips with Victorian rules and outfits, meets WB Yeats, the Irish poet. He’s wildly romantic, ridiculously passionate, and she, of course, falls (rather embarrassingly) in love with him, only to wake up back in Portland. The story tracks Laura and her new husband over two weeks, and Laura, Yeats and Maud Gonne over almost thirty years, all completely obedient to actual history.

It was a tremendously fun project to work on because history kept handing me such amazing stuff, allowing me to explore body-image, feminism, fidelity and about six different kinds of possession across a hundred years, through several perspectives, and all echoed in the lines of Yeats’s poetry. My editor at Berkley has done an amazing job securing rights for me, so I’m going to be able to include the most relevant quotes and historical annotations in the manuscript!

He’s so delicious, for one. But my original intent had been only to base a character on him. I wanted to play with an honest-to-god, down-on-one-knee, utterly unselfconscious romantic. And he’s that. That he was active in the occult and that he loved the same woman fruitlessly for thirty years were just added perks. But when I discovered that Maud and I share a birthday minus exactly one hundred years, the book started getting personal. The more I learned about him, the more intertwined my life and his past seemed to be. I did research until there was just too much real history to walk away from. I mean, Maud and her married lover had sex in the crypt of their dead son on Halloween night, 1893. As a novelist, how could I walk away from that history and make something up? Over and again my research was turning up that sort of thing. I had to just take it and write the story into the missing places.

You’ve almost written yourself into In Dreams Begin. How much of Laura is Laura Armstrong or Maud Gonne, and how much of her (or Ida) is you?

The assignment I set for myself is the inverse of the politician’s plausible deniability. To the best of my knowledge, there’s nothing in the book that can be proved false. I tried very hard to make certain that if a scene takes place between Maud and Yeats in London in 1898, that I had evidence that they were both there then (or at least no evidence showing they were somewhere else). Also, I tried to make sure that none of the historical figures in the book say or do anything inconsistent with what I could learn of their character. I also didn’t invent any of the named Victorian historical characters except Ida Jameson, and she actually existed; I just don’t know anything about her. I used her name, her parentage, and her friendship with Maud, and invented the rest. But with that exception, any character with a first and last name was a real person whose description and behavior is based in fact. But Laura is my given name. Yeats’s first love was named Laura. Maud and I share a birthday (the winter solstice) separated by exactly 100 years. I’m adopted. Maud believed she was part Sidhe, that she had sold her soul to the devil, and that she was possibly a faery changeling. There’s a lot of overlap, and that’s just history. Once you get into fiction, you could argue it’s all me, since I’m the author.

Where does the title In Dreams Begin come from?

Yeats used the line “In Dreams Begin responsibilities” an epigraph to a collection of his poetry, crediting its origin only as “from an old play.” I shortened it because I liked the rhythmic resonance In Dreams Begin created with and Falling, Fly, the title of my first book, and because I liked the ambiguity. A lot of things in this story begin in dream, responsibility being only one of them. And the story, to an extent is about what it means to dream. Or to be a dreamer. Or to be fully awake.

Also, as a writer, I sample other writers. With Falling it was mostly The Bible and Dante, but Dreams takes that to a whole new level, remixing history and Yeats’s life and writings very liberally. This title allowed me to play with that very overtly, first as a line Yeats himself had sampled; secondly as the title of the brilliant Delmore Schwartz short story (which I reference both explicitly and thematically); and finally as a wink to my fellow U2 fans who’ll recognize the line from a song whose lyrics also outline the same problem space I’m working in with the story.

Your books aren’t really a series, but they’re linked, right? And they all take place, at least in part, in Ireland, why?

Yes, the stories are linked. They all take place in a shared universe where things that have mythic or symbolic power also have physical reality. There aren’t enough characters in common, one book to the next to make it a proper series, in the strictest sense. But in my head, they’re all a part of The Harrowing. And really, it’s all the books so far that have been set there. I have an idea for one that’s set, at least in part, in Germany. The thing I’m interested in is the mythic element of a person or monster or country. The Hotel of the Damned is underground in Ireland because of Ireland’s passage tombs and stories of buried kings and queens, because underground is so rich symbolically for what is unconscious, and because it’s where I’m from genetically. In Germany, the damned would have their secret home in the universities. In America, it’s down unmarked roads.

Speaking of Hell, In and Falling, Fly we visit Hell, and then again in In Dreams Begin. Why are your characters always returning there?

OK, spoiler alert. Dreams is a prequel to Falling. Gaehod looks the way he does in Falling because he’s wearing MacGregor’s clothes (and body). Hell looks the way it does in Falling because that’s how Ida describes it to the devil of possession when she’s vamping for time. (As a side note, all her descriptions are stolen by her from the way Yeats described the Castle of Heroes that he wanted to build on the island in Lough Key, and his vision for that we have because Maud recorded it.)

What can we look for next from you?

I’m working on an all-American, no travel east of the Mississippi, completely contemporary possible trilogy. It nestles into the world of Falling and Dreams, but I’m thinking of it as a stand-alone series. Sort of an existential detective series within the larger Harrowing world.