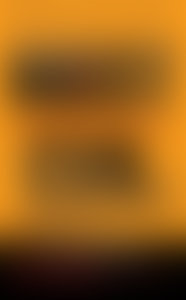 Steve Hodel was born and raised in Los Angeles, California. He joined the Los Angeles Police Department in 1963. During his career at Hollywood Homicide, Steve was promoted to Detective II and in 1983 was the senior field homicide detective. He received more than 75 commendations and handled over 300 separate murder investigations and had one of the departments highest “solve rates. “ Steve promoted to Detective III (the highest attainable rank in detectives) and retired from LAPD in 1986.

Steve established Hodel Investigations in 1986. Steve has been a licensed California Private Investigator, conducting mainly criminal defense investigations, for the past 23-years. He worked over six-years as lead investigator on a high-profile international murder case which resulted in an innocent man (Yoshikuni Okubo) being released from prison in Tokyo, Japan and reunited with his family, after five years of detention.

Steve’s first book, Black Dahlia Avenger: A Genius for Murder published in 2003. Black Dahlia Avenger is a New York Times Bestseller, a NYT Most Notable Book and was nominated by the Mystery Writers of America for an Edgar Award in the Best Fact Crime category.