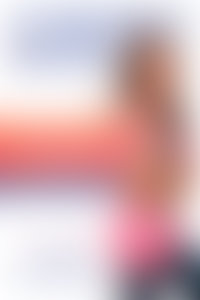 With a strong presence and personality, Susie Castillo is quickly emerging as one of television’s most recognizable faces. Born in Methuen, Massachusetts, Susie is of Puerto Rican and Dominican descent, and speaks Spanish fluently.

Taking her first stab at writing, Susie is releasing her first book, “Confidence is Queen: The Four Keys to Ultimate Beauty through Positive Thinking,” for Penguin Group, set for publication July 1, 2008.

Earlier this year, Susie hosted ABC Family’s new, one-hour, reality show, “America’s Prom Queen,” which premiered on March 17th. The show, executively produced by Patty Ivins and Julie Pizzi, follows the dreams of 10 girls as they compete to prove to America that they deserve the title of “America’s Prom Queen.”

This past summer, Susie made her feature film debut in Disney’s live-action comedy, Underdog, released nationwide on August 3rd. Susie has also guest-starred on such notable shows as ABC’s My Wife and Kids and UPN’s Half & Half and more recently landed a role in the film The Heart Breaker, to be released in early 2009.

Susie’s fresh look and personality recently earned her the opportunity to become one of the “Faces” of Neutrogena. As a spokesperson for the brand, Susie is featured in a national television campaign, joining fellow Neutrogena beauties Kelly Preston, Gabrielle Union, Jennifer Gardner and Hayden Panettiere.

Until departing for a full-time career in acting, Susie could be seen daily as host of MTV’s TRL (Total Request Live) and Big Ten, which are both taped in MTV’s Times Square studios in New York City. Susie has also been called upon to host a number of MTV specials, such as TRL New Year’s Eve and VMA’s on Overdrive (Video Music Awards), as well as numerous MTV Real World Reunion specials. Susie’s hosting abilities have earned her the opportunity to interview some of today’s hottest celebrities in music, TV and film, including Tom Cruise, Jennifer Lopez, Will Ferrell, Jamie Foxx, Nicolas Cage and Adam Sandler.

Susie’s poise in front of the camera has also led to various high-profile hosting gigs, including The 2007 World Series of Video Games on CBS, the live telecast of the 2005 Miss Teen USA Pageant, and The I Do Diaries: Instant Wedding on Lifetime. Susie was also a guest commentator for the 2004 Miss USA Pageant and has shared the stage with Regis Philbin, co-hosting Live! With Regis and Kelly.

In 2003, Susie became the third Latina ever to become Miss USA, prompting People en Espanol to name her one of the “25 Most Beautiful People.”

Susie currently resides in Los Angeles where she spends much of her spare time supporting her favorite charities and organizations. She is currently a member of the American Red Cross’ celebrity cabinet, and is a supporter of the Hispanic Heritage Foundation, a non-profit organization that helps cultivate young Latino leaders. She also enjoys golfing and playing with her two Chihuahua’s, Lupe and Oscar.