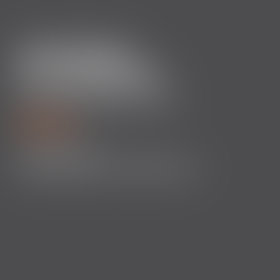 Tom DeLay is the former House Majority Leader, the second ranking leader in the United States House of Representatives. He was responsible for developing the issues and policies that formed the Republican agenda. DeLay set the legislative schedule by selecting which bills the House would consider and the timing of their consideration.

Following the historic Republican victory of 1994, DeLay was elected whip by the new GOP majority. Widely credited with revolutionizing the office, DeLay has been called the most effective whip in the history of the House of Representatives. During the eight years he counted votes, DeLay regularly overcame daunting odds to deliver victory after victory for House Republicans. Despite the limitations imposed by small majorities from 1999-2002, DeLay worked the House floor with consummate skill and often found a way to win votes others thought lost. DeLay called his method “growing the vote,” and he used a sophisticated outreach effort to establish trust and build solid relationships with Republican members. In this way, their concerns could be resolved before a bill reached the House floor for a vote. This method produced the successful passage of landmark legislation including the Contract with America, Normal Trade Relations with China, welfare reform, Trade Promotion Authority, the Balanced Budget Act, and all the key elements of the Bush agenda, including the largest tax relief measure in a generation.

Before his election as majority whip and then leader, DeLay served as chairman of the conservative Republican Study Committee, Republican Conference secretary, and deputy whip. Long considered a leading voice on domestic policies, Majority Leader DeLay increasingly asserts leadership on international affairs. Two dominant principles shape his response to foreign policy questions. DeLay believes the United States must strongly support democratic allies who share our commitment to liberty, like Israel and Taiwan, while aggressively promoting the expansion of freedom to closed societies. He also believes tyrants and rogue regimes must be confronted before they harm American interests. In his view, the price of freedom remains an active opposition to terror and tyranny.

A native Texan, Tom DeLay was born along the banks of the Rio Grande River in the historic border city of Laredo on April 8, 1947. During his childhood, the DeLay family lived in South America for a number of years. His father’s career in the oil and gas industry required several job postings to Venezuela’s rural interior, and the DeLay family made their home in small towns near the oil fields.

DeLay’s years in Venezuela were a formative political experience. His family lived through the turbulence and uncertainty of three revolutions. Two of these events were violent, and neighboring townspeople died at the hands of marauding revolutionaries. DeLay points to this early exposure to political violence as the source of his lifelong “passion for freedom.”

DeLay graduated from the University of Houston in 1970 with a degree in biology. Shortly afterwards, DeLay opened and operated a successful small business in Houston.

The demands of attracting customers and running his business and the responsibility of making payroll for his employees every month convinced DeLay that the primary impediment to economic growth stems from the twin burdens of excessive taxation and unneeded regulation. He soon grew to appreciate the tremendous costs imposed on small businesses by state and federal regulations. The need to lower these burdens sparked his involvement in the political process.

During a Fort Bend County Republican Committee meeting in 1978, a party official suggested that DeLay run for an open Texas State House seat that had never before elected a Republican. Excited by the prospect of lowering taxes and excess regulations, DeLay rolled up his sleeves and impressed enough voters to win the election. After serving in Austin for six years, he succeeded in becoming the first Republican Fort Bend County ever elected to the United States Congress.

Over the course of his congressional career, DeLay has built a voting record that consistently supports limited, constitutional government, peace through strength, lower taxes, and the sanctity of life.

Delay and his wife Christine share a deep interest in the circumstances facing abused and neglected children. They got involved with children’s issues after Christine DeLay, a teacher, began volunteering as a Court Appointed Special Advocate for children in foster care. Eventually, the DeLays became foster parents themselves. Today, they are outspoken advocates in favor of reforming the present foster care system by making the child’s best interest the paramount concern.

No Retreat, No Surrender