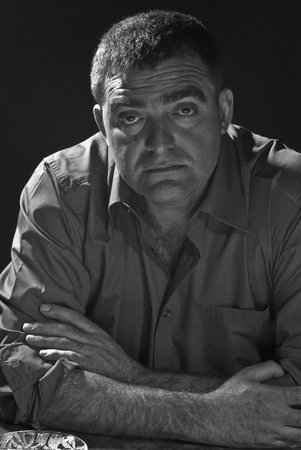 NINO RICCI’s first novel, Lives of the Saints, won the Governor General’s Literary Award for Fiction, the SmithBooks/Books in Canada First Novel Award, and the F.G. Bressani Prize and was made into a motion picture starring Sophia Loren. The novel was also a long-time national bestseller, and was followed by the highly acclaimed In a Glass House and Where She Has Gone, which was shortlisted for the Scotiabank Giller Prize. His bestselling novel Testament won the Trillium Book Award. His most recent novel The Origin of Species received the Governor General’s Literary Award for Fiction and the Canadian Authors Association Award for Fiction.  In total, his novels have appeared on 9 Best Book lists, including The New York Times and England’s Times Literary Supplement.

Nino Ricci has also won the Betty Trask Award for Fiction (UK), The Winnifred Holtby Prize (UK) and the 1992 Prise Contrepoint Madrineaux (France). Nino Ricci was recently named the L.G. Pathy ’56 Visiting Professor in Canadian Studies at Princeton University and was awarded an honorary Doctor of Laws from the University of Windsor as well the Queen Elizabeth II Diamond Jubilee Medal.  He has been recognized with the Order of Canada for his contributions to literature as a renowned author.  He lives in Toronto.

In a Glass House

Books by Nino Ricci published by Other Press

Lives of the Saints Series