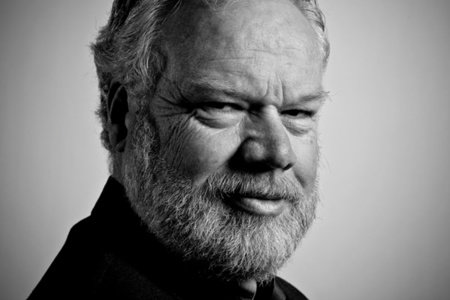 Thomas E. Ricks is an adviser on national security at the New America Foundation, where he participates in its “Future of War” project. He was previously a fellow at the Center for a New American Security and is a contributing editor of Foreign Policy magazine, for which he writes the prizewinning blog The Best Defense. Ricks covered the US military for The Washington Post from 2000 through 2008. Until the end of 1999 he had the same beat at The Wall Street Journal, where he was a reporter for seventeen years. A member of two Pulitzer Prize–winning teams, he covered US military activities in Somalia, Haiti, Korea, Bosnia, Kosovo, Macedonia, Kuwait, Turkey, Afghanistan, and Iraq. He is the author of several books, including The Generals, The Gamble, and the number one New York Times bestseller Fiasco, which was a finalist for the Pulitzer Prize.

Sign me up for news about Thomas E. Ricks and more from Penguin Random House

"The military is a foreign country for most Americans today, a country fewer Americans visit nowadays, with its own language and culture," says Thomas E. Ricks, the Pulitzer Prize-winning Pentagon correspondent for The Washington Post, a man who is often called the "dean" of America’s military correspondents. Ricks knows foreign lands: He spent part of his childhood in Afghanistan and, after graduating from Yale, won a fellowship to travel and study in the Far East. As a reporter, he has covered U.S. military operations in Bosnia, Somalia, Haiti, and the Middle East. When Ricks told his editor at Random House that he’d decided to write a novel, he at first heard silence at the other end of the line. "I’d just enjoyed a pretty solid success with my first book, and I think he was hoping for a big nonfiction idea. But I found I couldn’t not write this novel. I did it not so much to give vent to my feelings about the state of today’s military and its growing estrangement from the rest of the country. It’s more that I got possessed by these characters, and this story, which begins with a group of dissidents within the United States Army who view the President as a traitor. I know some people like this, and it wasn’t such a stretch to set this novel in the near future and let things get a bit out of control." The result is A Soldier’s Duty, and now Ricks’s editor pretends that he never, ever paused on the other end of the phone.

Thomas Ricks’s latest book, Churchill and Orwell, became an instant bestseller after being released this May. As a two-time Pulitzer Prize for National Reporting winner and an adviser on national security, Ricks knows how to creatively connect past issues with pressing issues in the current political climate through his writing. His dual biography explores the interconnected lives of Winston Churchill and George Orwell – two extremely well-renowned defenders of democracy. Though they never met each other in the flesh, they both had a common goal: Eradicate the threats of authoritarianism, from the left and right alike. Read on for a conversation with the author about his inspiration for his bestseller, his favorite chapters, what lessons to take away from this book, and more.

PENGUIN RANDOM HOUSE: What inspired you to write this book?

THOMAS RICKS: About four years ago, after I finished my last book, The Generals, I was thinking about how I had left journalism to become a full-time writer of books. That led me to think about twentieth-century journalism – what, if anything, might be remembered. I read H. L. Mencken – totally out of date. E. B. White – nice style, but irrelevant, his concerns are not mine. S. J. Perelman – not funny. Hemingway – blowhard. And then I picked up the essays of George Orwell. He died in 1950, but his words seemed clear and fresh. And his concerns speak to today. He feels like a contemporary. You could print an essay of his in today’s paper and it would fit right in. (In fact, I think he probably invented the style of the op-ed column – presenting newsworthy facts, analyzing them, and coming to some conclusions.)

PRH:That’s Orwell. How did Churchill get into the book?

TR: Well, the more I went back and re-read Orwell, the more I began to see him and Churchill as a pair. They are very different people, to be sure. Orwell famously said he wanted his writing to be clear, plain, and as transparent as a window pane. Churchill is an ornate writer, very elegant. If his writing was a window, it would be the stained glass at the end of a cathedral transept, with sunlight streaming through the reds and blues. Churchill was like a human brass band. He was loud, a bon vivant – he liked to wear pink silk underwear. He was a famous drinker. In Cairo during World War II, he was staying at the British Embassy. At breakfast he asked the ambassador’s wife for a carafe of white wine. When her eyebrows went up, he said, “Don’t worry, I’ve already had two whisky and sodas.” Orwell was an introvert. During World War II he came home one night to find that his wife had left a plate of dinner for him, and also food for the cat. Absentmindedly, he ate the cat’s dinner of boiled eels.

Yet for all their differences, during the middle of the twentieth century, at a time of political turmoil, when a lot of people – especially the rich and smart – were losing faith in democracy, they came to so many of the same conclusions about how to preserve liberty in an age of the intrusive state. And that is why they are important to us today.

PRH: Were they friends, or did they know each other?

TR: No, they actually never met. But they admired each other from a distance. Churchill loved 1984 – and Orwell named the hero of that novel “Winston.” Churchill was the only conservative Orwell admired. The last thing he wrote, on his deathbed, was a review of Churchill’s war memoirs.

PRH: What’s your favorite chapter in your book?

TR: That would have to be the chapter on Orwell in Spain. I really enjoyed writing it. In fact, I am surprised that someone hasn’t made that into a movie – from arriving in revolutionary Barcelona, to fighting on the front lines, to then being a fugitive on the streets of Barcelona, and finally escaping with his wife, one step ahead of an indictment for being an anti-Stalinist leftist.

PRH: Is that also the section of the book most meaningful to you?

TR: No. That would have to be the Afterword, which is kind of my last will and testament as a journalist. It really is about how to apply Orwell and Churchill to our own lives. The Afterword seemed to resonate with people – I was struck during my book tour that several radio interviewers asked me to read aloud the last paragraph of the book.

PRH: Is there any one thing that we should take away from these two people, as you see them?

TR: Yes, they saw that it was important to call out your own “side” when you think it is wrong. During the 1930s, Churchill split with his own Conservative Party over its policy of appeasing Nazi Germany. In return, he was mocked and treated as a washed-up old man. He later called the ‘30s his “wilderness years.” Likewise, Orwell was willing to criticize the left when he thought it was wrong. A lot of people thought Communism was good, so anything that helped it was good – even lying. Orwell said no, you can’t lie, you shouldn’t put opinions over facts. Again, this didn’t make him a lot of friends.