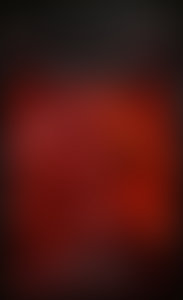 J. Michael Straczynski is one of the most prolific and highly regarded writers currently working in the television industry. In 1995, he was selected by Newsweek magazine as one of their Fifty for the Future, innovators who will shape our lives as we move into the twenty-first century. His work spans every conceivable genre–from historical dramas and adaptations of famous works of literature (The Strange Case of Dr. Jekyll and Mr. Hyde) to mystery series (Murder, She Wrote), cop shows (Jake and the Fatman), anthology series (The Twilight Zone), and science fiction (Babylon 5). He writes ten hours a day, seven days a week, except for his birthday, New Year’s, and Christmas.

Robert Sheckley has written several hundred stories and sixty-five books to date. His best known novels in the science fiction field are Immortality, Inc. (produced as the movie Freejack, starring Mick Jagger and René Russo), Mindswap, and Dimension of Miracles. Mr. Sheckley also worked on the computer game Netrunner. In 1991 he received the Daniel F. Gallun Award for contributions to the genre of science fiction. He is married to writer Gail Dana, and they live in Portland, Oregon.

Store of the Worlds