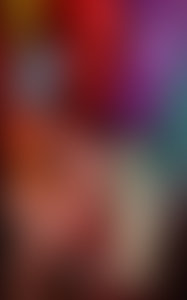 Jason Starr is the author of Cold Caller, Nothing Personal, Fake I.D. and Hard Feelings. He lives with his wife and daughter in New York City.

The Next Time I Die

Q: What authors have influenced your admittedly unique writing style? What contemporary authors’ work do you feel is most akin to your own writing?

A: Many of the authors published by Vintage Crime/Black Lizard have influenced me a great deal. Jim Thompson, of course, but also Willeford, Williams, Goodis, and Cain. Later, I read Patricia Highsmith, so I couldn’t really say she was an influence, but I think she’s one of the best and still underappreciated in this country. Elmore Leonard and especially George V. Higgins have also been big influences on me. Beyond crime fiction, Hemingway, Carver, Delillo, Dick and other writers who write in simple, clean prose have always appealed to me. A lot of playwrights have influenced me greatly as well–Beckett, Shepard, Fo, Durrenmatt, Pinter, Mamet, to name some of my favorites. As for contemporary writers, some critics have compared my books to Donald Westlake, Paul Auster, Hubert Selby Jr., and Bret Easton Ellis, but I think my writing style is more similar to that of a lot of dead crime writers.

Q: You had several plays produced Off-Off Broadway before you published your first novel. How did your experiences as a playwright influence your crime writing?

A: Writing plays taught me how to move a story forward with dialogue and to ensure that there is tension and conflict in every scene I write. I think this is especially important in crime fiction; a story has to constantly be moving forward. My theater experiences also taught me that working with actors can be a very big pain in the ass and that I should avoid it as much as possible.

Q: What are the challenges that a young writer faces in turning to the crime genre?

A: Getting published is the biggest challenge. It’s one thing to write a book that you are personally happy with, but to convince other people of that, while watching rejection letters pile up, can seem like an insurmountable task and requires a combination of perseverance and luck. Then, if you finally do get published, the next challenge is to get your book to stand out. There are so many crime and mystery novels published each year that it’s easy to be lost in the crowd.

Q: What makes for a successful contemporary thriller?

A: A seven-figure advance.

Q: For over fifty years there has been a successful marriage between crime novels and noir cinema. How has film influenced the language and style of the contemporary thriller?

A: I know I have been heavily influenced by noir cinema from the forties and fifties, especially movies such as Double Indemnity, The Killing, Pick-up on South Street, and Kiss of Death, to name several of my favorites. Crime movies inspired me to read crime fiction and then to write it. In general, I think film has influenced the crime novel a lot. It’s hard to imagine that Elmore Leonard, for example, wasn’t thinking about the movie adaptation when he wrote Be Cool. I also think that books have had a major effect on crime films–I’m thinking of Tarantino and the Coen Brothers, in particular–so maybe films and books are influencing each other.

Q: The producer of Fight Club optioned your first novel. What has your experience with Hollywood been like?

A: It’s pretty much been the stereotypical situation where I naively believed that the films would be made within the first year they were optioned. My first two novels are still under option and getting closer to being made, but I’ve come to realize that whether this happens or not is completely out of my control so I try not to think about it very much nowadays. The producers of Cold Caller changed the setting from New York to London and made some other major changes in the plot. If the movie gets made I won’t complain; if it doesn’t I’ll say they should’ve left it alone. I was hired to adapt Nothing Personal for a U.K. company and wound up making a lot of changes in the story myself, so I guess this time I’ll only have myself to blame.