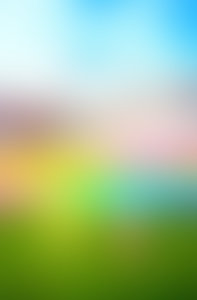 Katherine Tanney was raised in Los Angeles and attended the California Institute of the Arts, where she received her BFA. She was a nationally exhibited video artist and worked in the film industry before getting her MFA in creative writing from Warren Wilson College. Tanney has been an artist-in-residence at the Millay Colony, a Story Magazine Award finalist, and the recipient of various awards and grants for her work. She lives in Austin, Texas.

Mother-daughter relationships have been the subject of some of the most memorable novels in contemporary fiction. Think Anywhere but Here; think The Joy Luck Club; think Amy and Isabelle. Soon you’ll think Carousel of Progress. Katherine Tanney’s debut is the poignant, hilarious story of Meredith Herman and her mother, Leigh, a battling duo who are in the process of sorting out their lives in late-1970s Los Angeles. "I wanted to write about the shift in sexual politics that took place between my mother’s adolescence and my own," Tanney says. "I felt the most powerful and fun way to do this was to show the tensions caused by these changes within a single family."

Born and raised in Los Angeles herself, Tanney captures her characters’ environment brilliantly, from the nose jobs down to the bell-bottoms. "I came of age during roughly the same years as my narrator," says Tanney. "After venturing away from the city, I realized what a strange and unique place I’d come from." To jog her memory for the novel, Tanney rented videos, listened to pop music, and reread books from the era. The result is an unforgettable backdrop for a story full of humanity and humor.