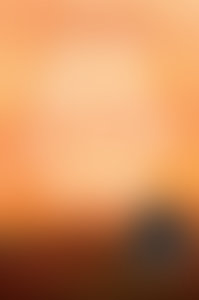 Mildred D. Taylor is the author of nine novels including The Road to Memphis, Let the Circle Be Unbroken, The Land, and Roll of Thunder, Hear My Cry. Her books have won numerous awards, among them a Newbery Medal (for Roll of Thunder, Hear My Cry), four Coretta Scott King Awards, and a Boston Globe—Horn Book Award. Her book The Land was awarded the L.A. Times Book Prize and the PEN Award for Children’s Literature. In 2003, Ms. Taylor was named the First Laureate of the NSK Neustadt Prize for Children’s Literature. Mildred Taylor was born in Jackson, Mississippi, and grew up in Toledo, Ohio. After graduating from the University of Toledo, she served in the Peace Corps in Ethiopia for two years and then spent the next year traveling throughout the United States, working and recruiting for the Peace Corps. At the University of Colorado’s School of Journalism, she helped created a Black Studies program and taught in the program for two years. Ms. Taylor has worked as a proofreader-editor and as program coordinator for an international house and a community free school. She now devotes her time to her family, writing, and what she terms “the family ranch” in the foothills of the Rocky Mountains.

Sign me up for news about Mildred D. Taylor and more from Penguin Random House

Let the Circle Be Unbroken

The Road to Memphis

Roll of Thunder, Hear My Cry

Roll of Thunder, Hear My Cry

Do you have any writing rituals, for instance: Where do you write? What time of day do you get your best ideas? Do you have writing “uniform?” What do you have to have within your reach when you write?

I usually sit very comfortably on my living room sofa which is positioned so that I can easily see horses and deer grazing in the meadow outside my window and I can see as well the mountains beyond. My best ideas come soon after walking and when I can I write throughout the morning. I have no kind of “uniform” unless one calls a shirt, a sweater and jeans a uniform. When I write I must always have coffee within easy reach and music filling my house.

I knew I wanted to be a writer before I was twelve.

I was working as a proofreader-editor at a tax firm in Los Angeles when I learned that a story I had written had won first place in a national contest. First prize was a trip to New York and meetings with publishers. Several publishers were interested in the story and it became my first book, Song of the Trees.

I paid ALL of my bills. It was a treat to be out of debt for a while.

What was the first book you remember reading, or being read to as a child? Did you have a favorite book as a child?

The Bible was the first book I remember. My favorite books were the Laura Ingalls Wilder— all the Little House on the Prairie stories and others she wrote.

Do you read reviews of your own work?

A wonderful unpublished manuscript about horses titled The Year of the Horses.

You’ve written before about the importance of storytelling, as a form of passing down history, in your family. Why is this so important to you and them?

It has always been stressed in my family that the history of the United States as told in books, in movies, and other media was not a true history of African-Americans in America. This was of course, before the Civil Rights Movement. My great-grandmother believed in passing on family history to each generation and to have pride in that history. The storytelling tradition continues even in the 21st century at family gatherings.

What compelled you to write The Land at this time?

I have always wanted to tell my great-grandparents’ story and I have over the years written many pages about it. The problem was all those pages never had the spirit, warmth, depth and vitality they needed until now. This last try at writing their story began seven years ago.

On one hand, The Land is a work of fiction and on the other it is biographical. What if anything did you have to change to make the story work?

There are of course, some changes, but I prefer to emphasize the aspects that are based on fact and some of the most important facts are that my great-grandfather was born the son of a white plantation owner during slavery that he had three white brothers and his father reared all his children together. I could list many other actual aspects of The Land but then that would be giving away the story.

How is The Land different than other stories in the Logan Family series?

In creating my other boos I took a series of stories, sometimes unrelated, and wove them together. The difficulty was in the weaving of them all to make the plots work. In writing The Land I didn’t have that problem. I simply followed chronologically, a number of events in my great-grandparents’ lives.

In what ways was it harder or easier to tell Paul-Edward’s story as than Cassie Logan’s story?

It was easier as far as the story line because mainly I just followed a number of events from my great-grandfather’s life. What was more difficult was the time period itself and the initial development of Paul-Edward’s character and his relationship with his family.

Do you have a favorite Logan family story?

My favorite Logan book has always been Roll of Thunder, Hear My Cry because of the special connection it has to my father. Now it will have to share favorite status with The Land.

What if anything do you have in store for your fans next? (Are you working on another chapter of the Logan family?)

I hope to write one final book about the Logans that will wake them through World War II to the first stirrings of the Civil Rights Movement. It will be titled Logan. I hope to begin it this year.

Do you have plans to write the story of Paul-Edward’s children— Cassie’s parents?

I wrote The Well which is a narrated by Cassie’s father, David as a boy. I do not plan to write anymore books about David’s childhood.