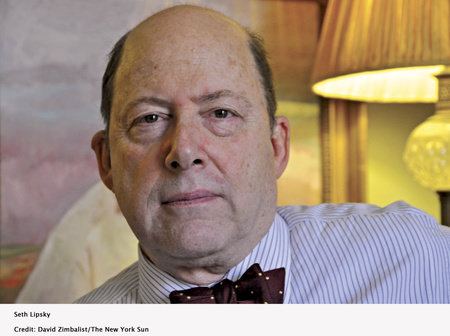 SETH LIPSKY is the founding editor of the Forward and of The New York Sun. He is a former foreign editor of The Wall Street Journal and served as a member of its editorial board. He served as a combat reporter in Vietnam for Pacific Stars and Stripes and is the author, most recently, of The Citizen’s Constitution: An Annotated Guide. He lives at New York City.