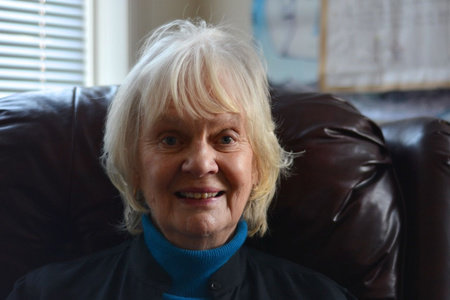 Joan Clark is the author of the novels Latitudes of Melt, The Victory of Geraldine Gull and Eiriksdottir, as well as two short story collections and several award-winning novels for young adults. Born and raised in Nova Scotia, she has lived in various places across Canada with her geotechnical engineer husband Jack. While living in Calgary she became a founding member of the Alberta Writers Guild and co-founded the acclaimed literary journal Dandelion. She now lives in St. John’s, Newfoundland.

Clark notes that the idea for An Audience of Chairs came in part from her own familial legacy of depression, with which she struggled at one time and which led a grandmother to suicide. “One of the things I was interested in was exploring the idea of family pride, which was abundant in my family. So much pride, in fact, that many of them refused to admit that their grandmother had committed suicide.” Clark made two false starts at writing this novel, the first time 30 years ago. “When I picked up the novel for the third time four years ago, I was surprised that I was able to indulge my sense of humour, to let go and have fun. Once the humour kicked in, I was off and running.”

Clark wrote her first published novel as a young stay-at-home mother, writing in longhand during her infant son’s naptimes. “I had never written fiction before and was amazed that I had been walking around without knowing that there was a story inside my head. That joy of discovery has kept me writing ever since.”

An Audience of Chairs