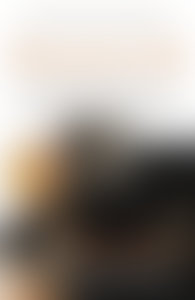 Prince Manucher Farmanfarmaian was born in Tehran in 1917, the thirteenth child in the vast harem of a Qajar patriarch. He studied petroleum engineering at Birmingham University in England before returning to Iran to become director general of petroleum, concessions, and mines after World War II. In 1958 he became director of sales for the National Iranian Oil Company. He also served on the board of the Consortium, the international oil conglomerate responsible for all of Iran’s export sales. A key signatory of the 1959 Cairo agreement that resulted in OPEC, he was Iran’s first ambassador to Venezuela. An avid collector of carpets, ancient Persian pottery, and travelogues by European adventurers to the Middle East, Manucher Farmanfarmaian was a frequent guest at the Shah’s court. After the Iranian Revolution, he became a citizen of Venezuela, where he lectured frequently on oil affairs at the Central University. He died in 2003 in Caracas. He was the father of two sons, Alexander and Teymour, and one daughter, Roxane.