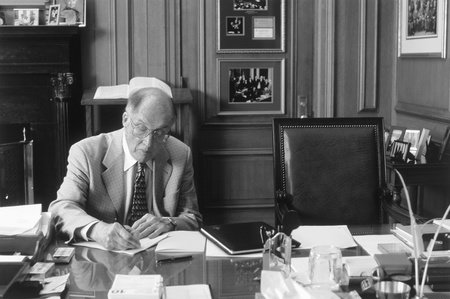 William H. Rehnquist was born in Milwaukee, Wisconsin, and served in the U.S. Army Air Corps during World War II. He earned his B.A. and M.A. in political science from Stanford University and a second M.A. from Harvard. He graduated first in his class at Stanford Law School in 1952.  In 1969 Rehnquist became assistant attorney general for the Justice Department’s Office of Legal Council. He was confirmed by the Senate as an associate justice of the Supreme Court in December 1971, and took his place on the bench in January 1972.  He became the sixteenth Chief Justice of the Supreme Court in 1986.  He lives in Arlington, Virginia.

Sign me up for news about William H. Rehnquist and more from Penguin Random House

All the Laws but One