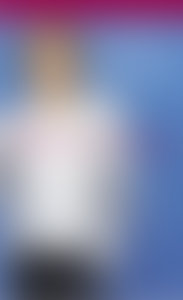 JANE PAULEY began her broadcasting career in 1972 at her hometown Indianapolis station, WISH-TV. She joined NBC in 1975 as the first woman ever to co-anchor a weeknight evening newscast at NBC’s WMAQ-TV in Chicago. She began her thirteen-year tenure on NBC’s Today in 1976. In 1992, NBC News launched the newsmagazine show Dateline NBC, with Pauley as co-anchor. After eleven years, her final appearance aired as the acclaimed special “Jane Pauley: Signing Off.” She is the host of “The Jane Pauley Show.”

Pauley has won many awards, including the Radio-Television News Directors Association’s Paul White Award for her lifetime contribution to electronic journalism and their Leonard Zeidenberg First Amendment Award, and the National Press Foundation’s Sol Taishoff Award for Excellence in Broadcast Journalism. She lives in New York City.