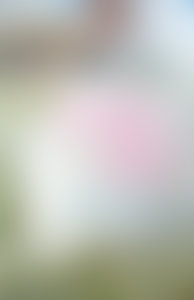 Patricia Coughlin is an award-winning romance writer. Her books include Wedding Magic and The Lost Enchantress. She received the RITA award from Romance Writers of America and a Career Achievement Award from Romantic Times.

Once upon a time I owned an hourglass pendant much like the prized family heirloom at the center of The Lost Enchantress. Except my version wasn’t priceless. It also wasn’t imbued with ancient power, and it most definitely did not have a mystical connection to a mysterious and seductive man from another time and place. Trust me, I would have noticed.

Still, a girl can dream…

As luck would have it—and to the frequent exasperation of my friends and family—daydreaming is what I do best. After a long hiatus from writing, it was magic that drew me back and inspired me to once more share my dreams with others. I know magic—the kind of magic that defies logic and physics and can make roses bloom in the snow— probably isn’t real. That doesn’t stop me from choosing to believe in it as surely and happily as I believe in true love and destiny. Albert Einstein said that imagination is more important than knowledge, and I couldn’t agree more.

When I decided to write about a woman who is an enchantress, with magic in her blood, I remembered my hourglass pendant. I knew it was the perfect symbol for the unique mystical power I imagined… power born of a Celtic legend, bestowed by a goddess and handed down from mother to daughter since the time before time. As I began to write, I envisioned Eve Lockhart, latest in the lineage of T’airna enchantresses, holding the hourglass in her hand, and I saw Gabriel Hazard, a man born nearly two centuries before her, a man who’s given up on love and on himself, standing by her side, and I knew they were destined to be together. Logic and physics and their stubborn lack of cooperation be damned.

Of course, just because something is meant to be doesn’t mean getting there will be easy. Destiny’s path can be convoluted and difficult… especially when it has to travel through my daydreams. As much as I wanted to see Eve and Hazard happy and together, I couldn’t stop myself from closing my eyes and jumping into the murky waters of what if. What if unlike most people, who would love to possess the power to alter reality to suit their whims, Eve wanted no part of her birthright? What if she had good reason to believe that magic was a deadly threat to her and everyone she loved? And what if Hazard was every bit as certain that the very magic she refused to claim was his last chance, his one hope of breaking the curse he’s under?

I hope you enjoy discovering the answers as much as I did.