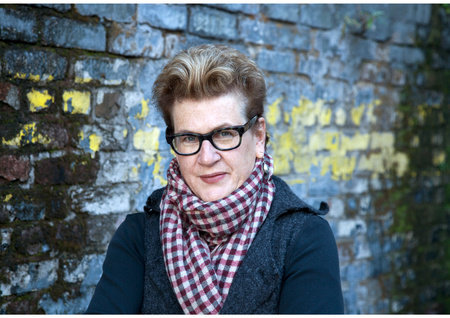 MEG ROSOFF was born in Boston, educated at Harvard and Saint Martin’s College of Art, and worked in New York City for ten years before moving to London permanently in 1989. She worked in publishing, politics, PR and advertising until 2004, when she wrote her first novel, How I Live Now, which won the Guardian Children’s fiction prize (UK), Michael L. Printz prize (US), the Die Zeit children’s book of the year (Germany) and was shortlisted for the Orange Award for New Writers. Her second novel, Just in Case, won the 2007 Carnegie Medal, and her YA novel, Picture Me Gone, was a finalist for the National Book Award. Rosoff lives in London with her husband, daughter, and two very hairy dogs.

McTavish on the Move