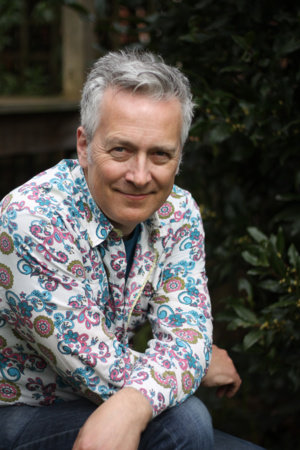 John Dougherty was born in Larne, Northern Ireland, and not many years later they made him go to school–an experience he didn’t find entirely enjoyable. Fortunately, the joys of reading helped him through the difficult times. It’s therefore not completely surprising that when he grew up he became first a teacher (the nice sort), and then a writer of stories and poetry to make children giggle. He also writes songs, some of which her performs with First Draft, a band made up of three children’s authors and a bookseller. He now lives in England with his two wonderful children, the original Stinkbomb and Ketchup-Face.

Stinkbomb and Ketchup-Face and the Pizza of Peril

Stinkbomb and Ketchup-Face and the Quest for the Magic Porcupine

Stinkbomb and Ketchup-Face and the Badness of Badgers