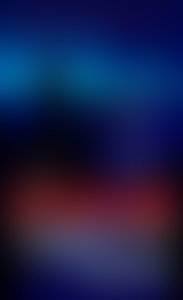 Marcos M. Villatoro is the author of several books of fiction, poetry, and nonfiction. The Los Angeles Times Book Review named his nationally acclaimed Home Killings as one of the Best Books of 2001. It won the Silver Medal from Foreword Magazine and First Prize in the Latino Literary Hall of Fame. His other books include the Pushcart Prize nominee The Holy Spirit of My Uncle’s Cojones (also an Independent Publishers Book Award finalist), They Say That I Am Two: Poems, the novel A Fire in the Earth, and the memoir Walking to La Milpa: Living in Guatemala with Armies, Demons, Abrazos, and Death.

After years of living in Central America, Marcos attended the Iowa Writers’ Workshop. In 1998, he and his family moved to Los Angeles, where Marcos holds the Fletcher Jones Endowed Chair in Writing at Mount St. Mary’s College. A regular commentator for National Public Radio’s "Day to Day," Marcos also hosts a book show called "Shelf Life" for Pacifica Radio.

A Venom Beneath the Skin