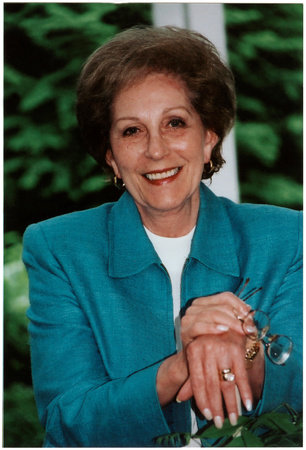 Sign me up for news about Ann B. Ross and more from Penguin Random House

Books by Ann B. Ross

Miss Julia Happily Ever After

More Series From Ann B. Ross

PENGUIN RANDOM HOUSE: Is there any real-life person who inspires or inspired the character of Miss Julia?

ANN B. ROSS: Not at all, but many readers are convinced that they know a real Miss Julia. The character “appeared” to me full-blown – complete with name, age, distinctive personality, and pocketbook dangling from her arm. Although I do not know an actual Miss Julia, I see in the character the same mannerisms and characteristics of the many well-bred Southern women I’ve known. So I would say that Miss Julia is a combination of all those sharp-tongued, steely-eyed, and perfectly mannered women in my life. Even better, though, is the fact that readers recognize in Miss Julia the same attributes that they’ve also known – so much so that I’ve been asked, “When did you get to know my aunt (mother, grandmother, next door neighbor, etc.)?”

PRH: You’ve been writing the character of Miss Julia for an astounding seventeen years. As the writer, what do you think the best thing you can do for a recurring character is?

ABR: You’ve asked an important question for a writer of a series – one that is constantly on my mind. It’s too easy to get into a rut with both characters and plotlines, assuming that what has worked in the past will continue to work. Yet that is the path to formulaic stories and characters that never surprise. Years ago I read Christopher Vogler’s The Writer’s Journey, and the one thing that has stayed with me was that a main character should learn something and change or grow in some way by the end of a story. In other words, the emotional, intellectual, or spiritual growth of a character should be the underlying plot line of the story itself.

I haven’t always succeeded in “growing” Miss Julia in every book, and sometimes what she learns is of little import, but it’s the one thing that I try to do.

ABR: Using the same characters over and over, while dreaming up new and fresh story lines, can be a challenge. In fact, when I finished Miss Julia Speaks Her Mind, the first book, I thought that Miss Julia had said everything she had to say. So each book after that has been first a worry, then a surprise, that she still had something to say – and she’s still doing it. I’m working on the nineteenth book.

As for readers coming back, I think that they like the idea of a heroine who came out of her shell late in life, learned to speak up for herself, and while she was at it, learned to tell off a few people who badly needed to be told off. I’ve had many notes and letters that echo the one that read, “I’m seventy-two years old, and I want to be like Miss Julia when I grow up.”

Connect with Ann B. Ross