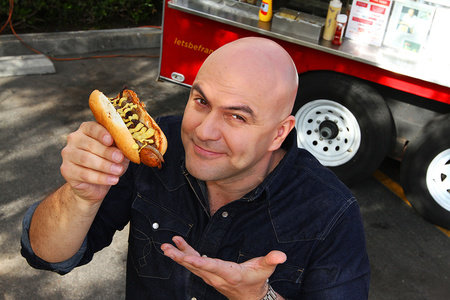 James Cunningham is the host and associate producer of the hit TV series Eat St. that airs on the Cooking Channel (USA) and Food Network Canada, and in more than a dozen other countries around the world. James has been featured on many national and international network television shows including Last Comic Standing, Just for Laughs, and Comedy Now. When not filming Eat St., James keeps himself busy performing at comedy clubs, corporate shows, and with his multiaward-winning youth financial literacy program, Funny Money.