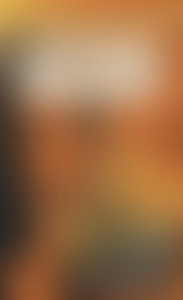 Brian Daley’s first novel, The Doomfarers of Coramonde, was published on the first Del Rey list in 1977. It was an immediate success, and Brian went on to write its sequel, The Starfollowers of Coramonde, and many other successful novels: A Tapestry of Magics, three volumes of The Adventures of Hobart Floyt and Alacrity Fitzhugh, and, under the shared pseudonym Jack McKinney, ten and one half of the twenty-one Robotech novels. He first conceived of the complex GammaLAW saga in Nepal, in 1984, and worked on its four volumes for the next twelve years, finishing it shortly before his death in 1996.

Brian was enthralled by the Star Wars saga and very excited by the possibilities it afforded for popularizing science fiction for a mass audience, so he was very pleased to be chosen as the author for the first Star Wars spin-off novels, the three volumes of The Han Solo Adventures, one of which became a New York Times bestseller. He continued his association with Star Wars by writing the radio plays for “Star Wars,” “The Empire Strikes Back,” and “Return of the Jedi.”

The morning following the wrap party for the recording of the radio play “Return of the Jedi,” Brian Daley died, of complications due to the cancer he’d been battling for a year.

Brian Daley was a Vietnam veteran, a great writer, and a great guy. We at Del Rey miss him.