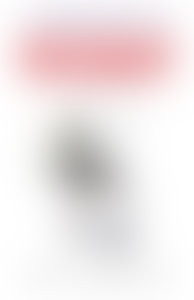 A native New Yorker, Jeff Danziger has been cartooning for nearly twenty-five years, starting at the Rutland (Vermont) Herald in 1975, to which he still contributes. He has worked at the New York Daily News (1982-86) and the Christian Science Monitor (1986-96), where he was twice a Pulitzer finalist. He has traveled widely and won an Overseas Press Award in 1993. This year he was awarded the Population Institute’s Press Award for Cartoons on the subject of global population growth.
Danziger served involuntarily in the U.S. Army from 1967-71 and was awarded the Bronze Star and Air Medal for his service as an intelligence officer and linguist in Vietnam in 1970. He has published one novel about the war, Rising Like the Tucson (Doubleday 1991). He has also published ten books of cartoons. In addition to regular political cartoons, his illustrations have appeared in the New Yorker, the Atlantic Monthly, the Times of London, and the American Prospect.
He lives in Manhattan in what has so far (sixteen years) been a committed relationship with a nonsmoking female heterosexual. Plus two cats.