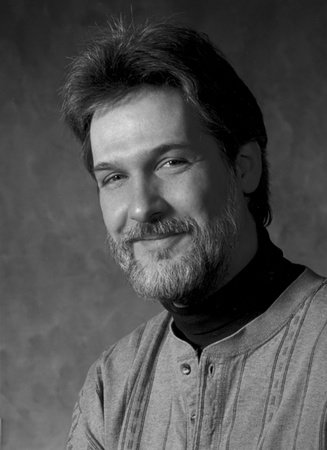 Troy Denning is the New York Times bestselling author of the Star Wars: Fate of the Jedi novels: Abyss, Vortex, and Apocalypse; Star Wars: Tatooine Ghost; Star Wars: The New Jedi Order: Star by Star; the Star Wars: Dark Nest trilogy: The Joiner King, The Unseen Queen, and The Swarm War; and Star Wars: Legacy of the Force: Tempest, Inferno, and Invincible—as well as Pages of Pain, Beyond the High Road, The Summoning, and many other novels. A former game designer and editor, he lives in western Wisconsin with his wife, Andria.

Books by Troy Denning published by Wizards of the Coast

Death of the Dragon

The Saga Continues with
DARK NEST I: THE JOINER KING


It is a perilous
time for the Galactic
Alliance. The war against
the brutal Yuuzhan Vong has
been won, but trillions of beings–
including the mighty Chewbacca and
young Anakin Solo–have perished. Count-
less worlds have been destroyed, and the galaxy
is teeming with homeless refugees whom the fledgling
government cannot afford to feed . . .


When Del Rey asked me to write a trilogy of STAR WARS novels featuring the classic heroes–Princess Leia, Han Solo, and Luke Skywalker–I knew I had a tough act to follow. The NEW JEDI ORDER had just ended a tremendous run, introducing a sense of danger and gritty realism into the STAR WARS universe that put the fate of even major characters into play. If Chewbacca could die (in R.A. Salvatore’s Vector Prime), and Anakin Solo could die (in my own Star by Star), then anyone could die. The galaxy had changed forever.

But the NEW JEDI ORDER was also the longest, most intense series of STAR WARS novels ever written, and the readers–as well as the heroes–needed a break. My story had to be something less than a galaxy-wide war, something on a smaller, less cataclysmic scale.

So my first decision was to make a clean break from the NJO. The story would start five years later, with the Galactic Alliance well into its recovery. And that meant I had to develop a backstory for those five years, and decide how the galaxy had changed after the war. The big questions were:

How was the recovery progressing? Given the gritty tone of the NJO, recovery couldn’t be quick or easy. The Galactic Alliance had to be struggling to pull itself together. At the same time, the war had to mean something–it had to have changed something fundamental about galactic civilization.

I decided that the Galactic Alliance would be blessed by a time of unprecedented peace, but plagued by a plethora of internal problems. A secret cabal of Bothans would still be pursuing their species’ genocidal ar’krai against the Yuuzhan Vong. Pirates would abound, taking a grievous toll on Reconstruction Authority supplies, and dozens of criminal syndicates would be vying for control of the smuggling trade. Most dangerous of all, corrupt megacorporations would be greasing palms in the galactic Senate, using their wealth to steal entire worlds while billions of refugees languished in decrepit orbital cities.

How were the characters changed by the war? The Yuuzhan Vong invasion was unprecedented in its savagery, and its toll on the heroes was staggering both physically and emotionally. Clearly, the characters of the trilogy would need to be sadder and harder than before the war, less trusting and far more wary.

This would be especially true of Han and Leia, who lost both Chewbacca and their son Anakin to the enemy. It’s often said that personal tragedy either draws a couple together or drives them apart, and breaking up the Solos is not an option. (Even after the NJO, some ideas remain off-limits.) So they would have to emerge from the war closer than ever, realizing that they have the strength to face anything–as long as they are together.

How were the Jedi changed by the war? At the end of the NEW JEDI ORDER, Luke Skywalker voiced his dream of seeing the Jedi renounce mundane concerns to pursue a longer view of the Force. That’s a great ending for a series, but it makes for a pretty dull space opera. So I knew the Jedi would be dragged back into the mundane, forced by the necessities of the moment to devote themselves to preserving the Galactic Alliance.

And it seemed very clear to me that they would be effective. The Jedi’s battles against the Yuuzhan Vong had instilled in them an iron will to win, and the new view of the Force taught by Vergere–the mysterious Knight from the Old Republic–had made them more powerful than they ever dreamed possible.

But (at least from a storyteller’s viewpoint) powerful characters are only interesting when they have big flaws. Fortunately, the NJO had provided a nice opening for me. The war had turned many Jedi cold and ruthless, and for others it had blurred the boundaries between right and wrong. It would not be a stretch to suggest that many Knights had started to care more about the success of a mission than whether it was justified . . . and that, of course, is the recipe for moral conflict.

Once those questions had been answered, I had the central conflict for my trilogy (and–as it turned out later–also the foundation for the upcoming Legacy of the Force series–but I can’t talk about that now).

As the first book opens, Luke Skywalker is unhappy with the Jedi order’s role in propping up the Galactic Alliance, and he’s growing increasingly worried as he watches many of his Knights start down a dark path from which they might never return. His fears mount when seven Knights–all survivors of the ill-fated Myrkr operation–answer a mysterious call for help and disappear into the Unknown Regions. Before long, their actions have embroiled the entire Jedi order in a precarious standoff–one that might well plunge the galaxy back into war.

You’ll find the rest in the pages of DARK NEST I: THE JOINER KING. I hope you enjoy the story!