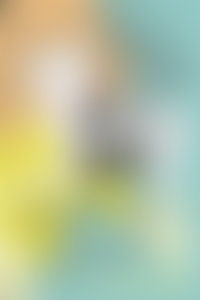 
Lesley M. M. Blume is an author, journalist, columnist, cultural observer, and bon vivant based in New York City, where she was born.  She did her undergraduate work at Williams College and Oxford University, and took her graduate degree in history from Cambridge University, where she was a Herchel Smith fellow.

Ms. Blume has authored three critically-acclaimed novels for Knopf Books for Young Readers: Cornelia and the Audacious Escapades of the Somerset Sisters (2006), The Rising Star of Rusty Nail (2007), and Tennyson (2009).  Upon the release of Tennyson, reviewers and critics placed her in the same class as writers Flannery O’Connor, Eudora Welty, and Truman Capote (“Brilliant, unusual writing.”—The Chicago Tribune).

She is currently finishing her fourth book for Knopf—Modern Fairies, Dwarves, Goblins, and Other Nasties—which will be released on September 14, 2010, and recently inked a deal for her fifth (The World Before Us, Fall 2011).

As a journalist, Ms. Blume began her career at The Jordan Times in Amman and Cronkite Productions in New York City. She later became an off-air reporter for ABC News Nightline with Ted Koppel in Washington, D.C., where she helped cover the historic presidential election in 2000, the 9/11 attacks, the wars in Iraq and Afghanistan, and countless other events and topics.  She now writes on cultural topics full-time, contributing to a wide array of publications, including Vogue, Slate, The Daily Beast, and The Big Money.

She lives in Greenwich Village with her husband and their French bulldog, who was a featured character in her first popular first novel, Cornelia and the Audacious Escapades of the Somerset Sisters.

You can learn more about her at www.lesleymmblume.com.


In Her Own Words: Writing Cornelia


“Before I actually sat down and wrote Cornelia, I’d been thinking about the book’s characters for a long time. In fact, I grew up with many of them, in a way. My own mother was a concert pianist, trained at Juilliard by a great Russian master. My childhood was spent amidst her coterie of artist friends, which included flamboyant art dealers, crazed pianists, and aspiring opera singers (in fact, I used to torment a ‘Howling Dog’ who came to practice at our home; she shall remain anonymous).

“Indeed, most of the incidental characters in Cornelia were inspired by real people. For instance, we had a family accountant who worked and held court at various odd-spots around New York City, including a disheveled yarn warehouse in Hell’s Kitchen. None of the warehouse workers quite knew what to make of him, and, as a little girl, neither did I. But I was very aware, even at an early age, that my experiences and encounters with such characters were deliciously atypical. And so I filed them away in my mind and on the pages of journals, knowing that I’d want to remember them in full-color at some point in the future.

“The idea for the Somerset sisters came about in this way: one of my mother’s friends had a vast, echoing mansion in Montclair, and in many of the rooms stood old black-and-white photographs of her husband’s great-aunts, having wild adventures all over the world. These ladies were all rich and restless and left their husbands behind as they toured everywhere from Hollywood to the pyramids. Naturally, the photos made quite an impression on me. I wanted to be like these women. I wanted to lean casually into Clark Gable’ s side and smile as camera lights flashed, or have my picture was taken while perched on a camel, squinting into the Egyptian sunset. The great-aunts seemed like such wonderfully free creatures, who truly loved being alive.

“Later, I started having adventures of my own. Like the Somerset sisters, I went ‘anywhere and everywhere a train or a boat or a plane would take me.’ I sent myself to English universities and Bedouin tents and Parisian cabarets. I studied everything and wrote it all down, and my heroes were fiercely independent women like Martha Gellhorn, Christiane Amanpour, and Marlene Dietrich. I relied heavily on my travel journals as material for Cornelia, and many of the Somersets’ escapades are based on my real-life adventures. Although, sadly, I did not get to meet the great Pablo Picasso or the ghost of King Arthur. But I certainly would have liked to, and was happy to give the Somerset sisters the opportunity to do so in my book.

“Now I live in Greenwich Village, in the building where I envisioned Cornelia living with Lucy, Madame Desjardins, Patel, Mister Kinyatta, and of course, Virginia. This beautiful part of New York City has captured my imagination as much as the medina of Marrakech or the ruins of Tintagel. In a way, Cornelia is my heartfelt homage to this neighborhood and city where I was born, and to which I returned, and to all of the people and places that happened to me in-between.

“It’s all been extremely colorful, to say the least.”

Sign me up for news about Lesley M. M. Blume and more from Penguin Random House

The Rising Star of Rusty Nail

Cornelia and the Audacious Escapades of the Somerset Sisters