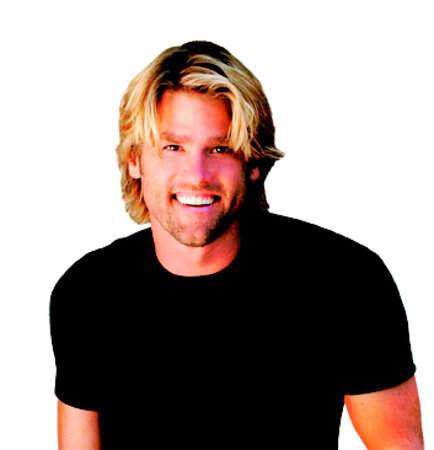 Eric Stromer, named one of People magazine’s “Sexiest Men Alive” and iParenting’s “father of the month,” created clean-up solutions for TLC’s Clean Sweep–for which he has solved problems in over 250 rooms and remodeled nearly 50 homes! In Fall 2005, Eric also starred in NBC’s primetime show, Three Wishes, the much-heralded series designed to grant wishes and inspire hope to families and communities across America, co-hosted by Grammy-winner Amy Grant.

Eric studied theater at the University of Colorado, where he began work in construction to make ends meet. Upon graduation, Eric moved to Los Angeles, where he began remodeling houses. His eye for design and great craftsmanship captured the attention of celebrity clients like Mel Gibson, Elijah Wood, Dylan McDermott, among others. Eventually, Eric landed a role on the soap opera Santa Barbara, and his new career in front of the camera was born.

Eric is the father of two boys and a husband to an accomplished and busy woman. Following his own dad’s example, Eric brings his family closer together by engaging in building projects as a team.