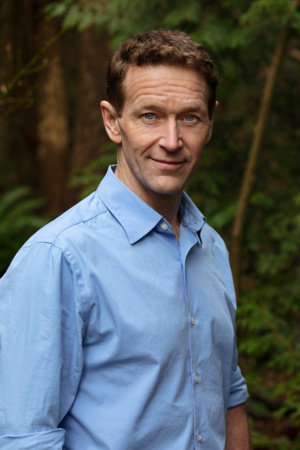 J.B. MacKINNON’s most recent work of non-fiction is The Once and Future World, a national bestseller that was nominated for every major non-fiction prize in Canada, and won the US Green Prize for Sustainable Literature. His previous bestseller, The 100-Mile Diet, cowritten with Alisa Smith, catalysed the local foods movement, and inspired a Food Network TV series, cohosted by MacKinnon, that aired in 30 countries. Currently an adjunct professor at UBC Graduate School of Journalism, MacKinnon is a regular contributor to such influential publications as The New Yorker and The Atlantic; his journalism has also appeared in National Geographic, among many other publications, including most of Canada’s major outlets. He’s won a dozen National Magazine Awards, as well as several U.S.-based awards (most recently an AAAS-Kavli Award for Science), and the Charles Taylor Prize for Non-Fiction for his first book, Dead Man in Paradise. He lives in Vancouver with his partner, Alisa Smith.

Sign me up for news about J.B. MacKinnon and more from Penguin Random House