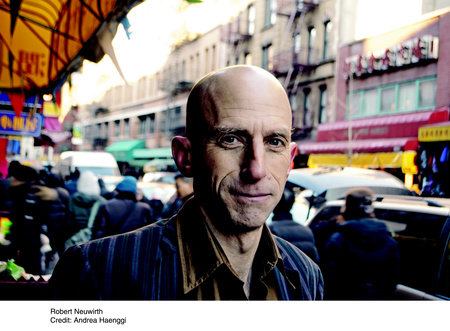 Robert Neuwirth spent two years infiltrating street markets and networks of low-level smugglers around the world to write Stealth of Nations. He lived in squatter communities for a similar amount of time to write his first book, Shadow Cities. These globe-trotting ventures were supported, in part, by the MacArthur Foundation and the Fund for Investigative Journalism. His work has been featured in many publications including The New York Times, The Washington Post, Financial Times Deutschland, Forbes, Fortune, Foreign Policy, Harper’s, Scientific American, and Wired. Neuwirth has taught in the college program at Rikers Island (New York City’s jail) and at Columbia University’s Graduate School of Journalism. He is also in demand as a public speaker, and his TED talk on squatters has been viewed by close to a quarter of a million people.