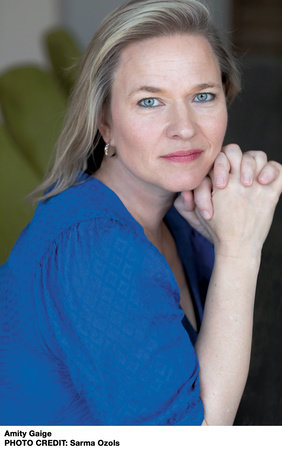 Amity Gaige is the author of four novels, O My Darling, The Folded World, Schroder, and Sea Wife.  Sea Wife was a 2020 New York Times Notable Book and an Elle Best Book of 2020.  Her previous novel, Schroder, was named one of Best Books of 2013 by The New York Times Book Review, Washington Post, The Wall Street Journal, among others, and was shortlisted for UK’s Rathbones Folio Prize in 2014.  Sea Wife and Schroder have been translated into a combined 18 languages.  Amity is the winner of a Fulbright Fellowship, fellowships at the MacDowell and Yaddo colonies, and a 2016 Guggenheim Fellowship in Fiction.  Her short stories, essays, and book reviews have appeared in publications such as The New York Times, The Guardian, Die Welt, Harper’s Bazaar, Lit Hub, and elsewhere.  She lives in West Hartford, CT, with her family, and teaches creative writing at Yale.