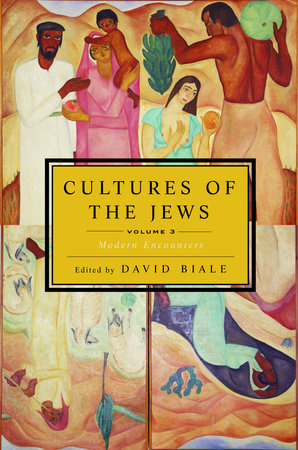 About Cultures of the Jews, Volume 3

Scattered over much of the world throughout most of their history, are the Jews one people or many? How do they resemble and how do they differ from Jews in other places and times? What have their relationships been to the cultures of their neighbors? To address these and similar questions, some of the finest scholars of our day have contributed their insights to Cultures of the Jews, a winner of the National Jewish Book Award upon its hardcover publication in 2002.

Constructing their essays around specific cultural artifacts that were created in the period and locale under study, the contributors describe the cultural interactions among different Jews–from rabbis and scholars to non-elite groups, including women–as well as between Jews and the surrounding non-Jewish world. What they conclude is that although Jews have always had their own autonomous traditions, Jewish identity cannot be considered the fixed product of either ancient ethnic or religious origins. Rather, it has shifted and assumed new forms in response to the cultural environment in which the Jews have lived.

Modern Encounters, the third volume in Cultures of the Jews, examines communities, ways of life, and both high and folk culture in the modern era in Western, Central, and Eastern Europe; the Ladino Diaspora; North Africa and the Middle East; Ethiopia; mandatory Palestine and the State of Israel; and the United States. 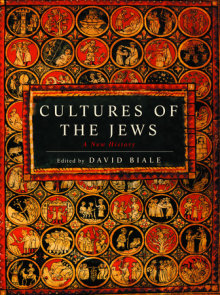 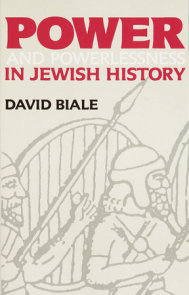 See all books by David Biale

David Biale is the Emanuel Ringelblum Professor of Jewish History at the University of California, Davis. He is the author of Gershom Scholem: Kabbalah and Counter-History, Power and Powerlessness in Jewish History, and Eros and the Jews. He is also… More about David Biale

“Lay readers already hooked on Jewish history will be endlessly fascinated, and those seeking a solid state-of-the art introduction to the field will find it here, with ample reference to other, more specialized or canonical works. . . One of the most nourishing Jewish books we’ve encountered in some time. . . . Wonderful.” —The Jerusalem Report

“The writers revel in the new vistas opened by a cultural approach, lavishly providing us, in generous detail, with descriptions of a Jewish world more various than historians have allowed us to glimpse.” —Tikkun

“Biale has gathered a stellar international group of scholars around the grand theme of Jewish cultural history. The tastes of many different intellectual palates will find various satisfactions here.” —Jewish Quarterly Review

Preface: Toward a Cultural History of the Jews
by David Biale

ONE:
Urban Visibility and Biblical Visions: Jewish Culture in Western and Central Europe in the Modern Age
by Richard I. Cohen

TWO:
A Journey Between Worlds: East European Jewish Culture from thePartitions of Poland to the Holocaust
by David Biale

THREE:
The Ottoman Diaspora: The Rise and Fall of Ladino Literary Culture
by Aron Rodrigue

FOUR:
Multicultural Visions: The Cultural Tapestry of the Jews of North Africa
by Lucette Valensi

EIGHT:
The “Other” Israel: Folk Cultures in the Modern State of Israel
by Eli Yassif