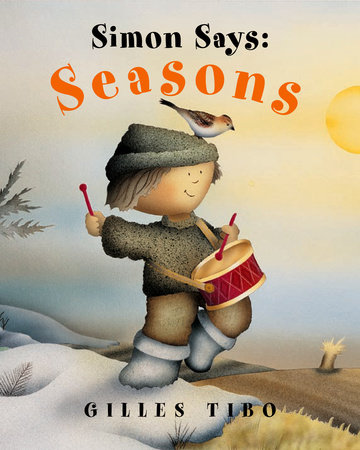 Meet Simon, a little boy with big dreams. His imagination leads him to all kinds of wonderful adventures. With the help of his friend, Marlene, and with his own special spirit, Simon makes each season a memorable one.

Simon welcomes spring — As the snow begins to melt, Simon decides he will hurry spring’s arrival. When his drum fails to call it forth, he tries fantastic but charmingly imaginative ways to pull flowers from the earth, tempt birds to return, and encourage bears to awaken — only to discover that spring will come in its own time, despite what we try to do to make it come any sooner.

Simon in summer — Simon loves summer so much that he never wants it to end. When he sees the first signs of fall, he seeks advice from a heron and a cow, who tell him how to make summer last. Simon tries by making the frogs sing, pleasing the butterflies with paper flowers, and keeping the sun high in the sky.

Simon and the wind — Simon tries to use the wind to fly. As he blows bubbles into the breeze, he thinks he can make one large enough to carry him. His friend Marlene brings him a cardboard box, and Simon asks the birds to carry it like a plane across the sky. Finally, Simon learns he cannot fly, but discovers a game he and his friends can play with the wind.

Simon and the snowflakes — Simon is curious. He wants to know how many snowflakes fall in a snowstorm, but they come down too fast to count. When he learns that there are as many snowflakes as stars in the sky, he tries to count them too, but they race across the night sky. Simon decides to visit his friends in the forest and finds something much better to count there. 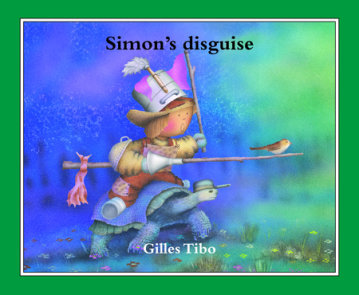 Gilles Tibo has written or illustrated over seventy children’s books, including the Simon series by Tundra Books, the Pikolo series by Annick Press, the Clementine series by Michel Quintin publishers, as well as texts for the Noémie series published in… More about Gilles Tibo

“…[A] Gentle, beautiful book…. Both story and drawings are bursting with life.”
— The Toronto Star

Praise for Simon in Summer: