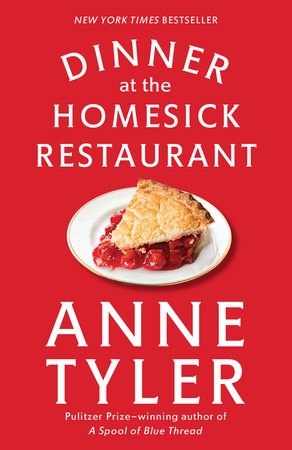 Beck Tull’s leaving was extremely harmful to Pearl and her children, but was it really the root of all of the family’s problems? What problems would have been the same if he had stayed? What would have been different?

2. How does the time period in which the novel takes place inﬂuence the actions of the characters? For instance, if Pearl and Beck had separated during a time when divorce was more common and seemed like a more viable option, would things have turned out differently? Do you think Pearl would have remarried? If so, how would that have affected the children?

3. In the inscription on Pearl’s engagement ring, Beck calls her a “Pearl among Women.” In what ways is this description apt? In some ways, Pearl seems rather oyster-like, with her three children acting as the precious pearl she must protect. Does she succeed in protecting them, or does she fail? How?

4. How would you characterize Ezra’ s role in the Tull family history? Would the family have been able to survive without him? Does his family’s need for his peacemaking skills ultimately hold him back? Does Pearl?

5. Despite his ultra-competitive nature and his tendency to be mean to his brother, Cody can be a remarkably sympathetic character at times. What circumstances excuse, or at least explain, his behavior towards Ezra?

7. Throughout her mothering career, Jenny graduates from violence to humor in her method of parenting. In the beginning, we see glimpses of her beating Becky in the same way Pearl used to beat Jenny when she was a girl; later, we see Slevin accusing Jenny of “always laughing and having fun.” Does she decide that there’s no point in taking life so seriously anymore? How is her rather dramatic transition positive? How is it negative? If Pearl had had the opportunity to “shop around” for husbands, as Jenny did, do you think she too would have made a similar transition? Why or why not?

8. The Tulls’ attitudes toward food seem to say a great deal about their respective characters: Cody manipulates his appetite in order to get what he wants (i.e., Ruth), Jenny becomes a borderline anorexic, and Ezra’s primary way of relating to others is by feeding them. What do you think a person’s attitude toward food says about his or her character? Which member of the family do you think has the healthiest relationship with food? Why?

9. In what ways do all three of the Tull children become excellent providers? What does this common trait say about the Tulls, and about Pearl in particular?

10. Throughout the novel, Anne Tyler writes from several different characters’ points of view. Do you think she is more sympathetic to certain characters than others in exploring their perspectives, or do you think her portrayal of each is fair? How well do the characters really understand what is going on outside the conﬁnes of their own minds? Are their self-concepts consistent with how the rest of the world perceives them? Why or why not? Which character do you think is the most self-aware?

11. Why did Anne Tyler name the novel after Ezra’s restaurant?

12. One of the great tragedies of Ezra’s life is his failure to get his family to actually ﬁnish a meal at his restaurant. What is it that makes the completion of a family dinner at the Homesick Restaurant so important to Ezra?

13. Upon his reappearance, Beck offers very little in the way of explanation or justiﬁcation for abandoning his family. Do you think he fully understands the impact his leaving has had on the entire family? Beck concludes that everything is ﬁne largely because of appearances–the size of the “assemblage” of family members at Pearl’s funeral–but clearly, appearances can be deceiving. Is he right in thinking that his children have turned out alright, despite his deserting them?

14. Why does Anne Tyler set the story in Baltimore? Would the Tulls’ story have played out differently in another town or city? For instance, how would the family have fared in a small town, with a stronger sense of community? Would this have changed Pearl’s mistrust of outsiders, or merely made her guard her privacy and her home even more ﬁercely?

15. Whose fault was the archery accident, really? Each of the two brothers blames himself, Pearl blames Beck, and Jenny appears to have no opinion on the subject. Can blame be assigned at all? Why is it so important to Ezra that he assume the blame for the accident, that he does not get off the hook? What is the signiﬁcance of the incident?

16. How would you describe the ending of Dinner at the Homesick Restaurant? Was Pearl’s life a success? Was she a successful mother? How are the Tull children doing at the end of the book? Do you think they will continue to change, or have they all hit plateaus in their personal and emotional development? How do you see them ﬁve, ten, and ﬁfteen years after the book ends?

Learn More About Dinner at the Homesick Restaurant
print

Heartburn
Nora Ephron
Back to Top