The First Men in the Moon Reader’s Guide 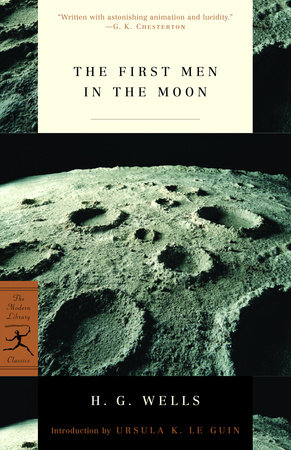 The First Men in the Moon Reader’s Guide

print
The First Men in the Moon Reader’s Guide

1. In the essay “Wells as the Turning Point of the SF Tradition” Darko Suvin asks if Wells dislikes Imperialism in general or simply dislikes being on the receiving end of it. What do you think?

2. Wells’s description of the moon is startlingly accurate; a barren planet with a thin atmosphere, sub-freezing nights, and very little gravity. Do you think this was strictly his imagination or was he working with specific scientific theories?

4. Many of Wells’s contemporaries considered him a fanciful children’s writer wasting time on space travel, aliens, monsters, and the like. It wasn’t until George Orwell’s time that Wells was recognized as one of the writers that launched the science-fiction genre. Why the change in opinion?

5. In her introduction Ursula K. Le Guin states “Wells was the first writer of real note to write as a scientist, from within science, rather than as an outsider looking on with excitement or complacency or horror at the revelations and implications of the scientific revolution of the nineteenth century.” Do you agree with her assessment?

6. In Wells’s previous novels his themes and outcomes are rather obvious — The Time Machine was a play on the hierarchy of social class, The Island of Dr. Moreau was a comment on the possible pitfalls of bio-engineering. What is the theme of this book? Is it ambiguous? If yes, did Wells intend for the theme to be ambiguous?

7. Cavor and Bedford are more caricatures than characters; Bedford is selfish, vain, and brute while Cavor is the typical mindless professor. Why did Wells choose to one-dimensional characters to drive his story? Was it easier or harder to feel sympathy for these static characters?

8. Wells once wrote that his method was to trick his “reader into an unwary concession to some plausible assumption.” Did Wells “trick” his contemporary audience? Does he trick readers today? If not, why do people still read his novels?

Learn More About The First Men in the Moon
print

The Time Machine and The War of the Worlds

The Time Machine, The Invisible Man, The War of the Worlds

A Case of Conscience

Sideshow
Back to Top