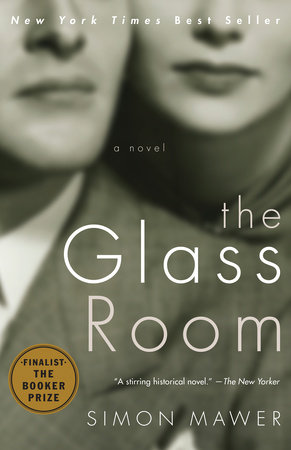 1. Why are the Landauers so devoted to modernity? What makes them so intent on shedding the past, and how is this tied to their country’s history or future?

2. What was your first impression of Rainer von Abt? What did you think of his minimalist approach? Why do you think it appealed to Liesel and Viktor?

3. The characters are constantly fluctuating between languages-specifically German and Czech. How do these characters use or manipulate language to express themselves?

4. During the housewarming party at the Glass Room, von Abt speaks of his masterpiece, saying, “A work of art like this demands that the life lived in it be a work of art as well.” Do you think this prophecy comes to fruition?

5. Why does Viktor initially approach Kata in Vienna? What is he looking for in her? How is she different from Liesel?

6. The Glass Room takes on many personas throughout the book, moving from a home to a laboratory to a gymnasium to a museum. Does the original concept of the house remain intact through all of its internal transformations? Does the house ever become part of the past?

7. Do you believe that Viktor is in love with both Liesel and Kata? Does he fall for Kata before or after she comes to live with the family? What does the scene at the train station reveal about both him and Liesel?

8. Coincidence plays an important role in the novel. Does the Glass Room encourage it? If so, how?

10. What image or scene within the novel haunted or stayed with you the most?

11. Tomáš, much like Viktor, is always looking toward the future. But with yet another love triangle in the Glass Room-this time between Zdenka, Tomáš, and Eve-do things really change in this society obsessed with the future? Can history be erased if it is constantly being repeated?

12. What is Hana searching for in all of her love affairs? Do you think she is truly in love with Zdenka? Is it the Glass Room’s influence or is Zdenka just a replacement for Liesel?

13. When Hana and Liesel are reunited at the novel’s end, both women gloss over the tragedies in their past. Why do you think they hold back?

14. Does The Glass Room tell the story of a house or a family? What story do you think Mawer set out to tell?

15. Mawer constantly shifts the perspective from character to character, often leaving the reader wanting more. Which character’s outcome or emotions did you wish you knew more about by the novel’s end-Katalin’s? Von Abt’s? Viktor’s? Stahl’s? Oskar’s?

16. Why do you think Mawer chose to conclude the book with Ottilie and Maria reuniting? What, if anything, does this new generation represent?

Learn More About The Glass Room
print
Back to Top