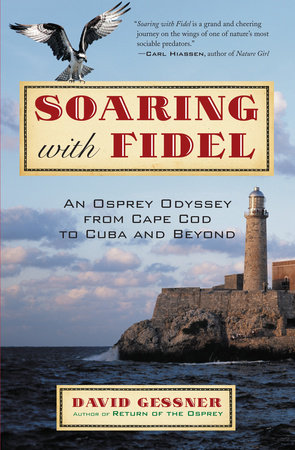 An Osprey Odyssey from Cape Cod to Cuba and Beyond

About Soaring with Fidel

“As Gessner pursues [the ospreys] down the Eastern Seaboard and even into Cuba with a BBC documentary team at his heels, a lively tale of fish-eating raptors, broken embargoes and a nail-biting race to the finish line ensues . . . Gessner finds his Mecca not in the thrilling launch or triumphant end of his own 7,000-mile migration, but in the living done in between.”—Jennifer Winger, Nature Conservancy Magazine

“An engaging, lyrical guide to osprey migration, Cuba, and a common humanity.”—Orion Magazine

“Gessner’s finest book, unpredictable in the best way, and funny, too; an adventure book and much more—a book of contact by a writer who quickly becomes an audible and visible presence.”—Clyde Edgerton, author of Solo

“An interesting and complex book . . . In a surprisingly short amount of time, David Gessner has evolved into one of our most accomplished and singular writers about nature. While many authors treat their experiences in nature with a hushed earnestness and a suspect neatness, Gessner writes about the messy humanness of being outside.”—Mark Lynch, Bird Observer

“An ideal traveling companion and guide. Soaring with Fidel lets you hover for a while in the thermals of fine language, seeing the same old world from a fresh and invigorating altitude.”—Ben Steelman, Wilmington (NC) Star-News 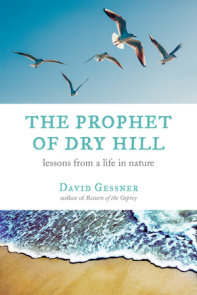 See all books by David Gessner

Gessner’s travels are filled with small delights . . . As he stands on a rock above Cuba’s Sierra Maestra, watching ospreys rocket past, we wish we could be up there beside him, binoculars in one hand, a cold beer in the other.—George Black, OnEarth

“Soaring with Fidel is a grand and cheering journey on the wings of one of nature’s most sociable predators.”—Carl Hiassen, author of Nature Girl

“From the tidal marshes of Cape Cod to jungle lakes in Venezuela, David Gessner lets nothing—not language barriers, not empty pockets, not steely-eyed Cuban bureaucrats or American embargoes—stop him from following the migration of the osprey. Just reckless enough to be lucky, Gessner wins over everyone he meets. Soaring with Fidel has wings.”—Scott Weidensaul, author of Living on the Wind

“Because of its robust passion and focus, Soaring with Fidel would have probably been a favorite of Teddy Roosevelt’s. It’s Gessner’s finest book, unpredictable in the best way, and funny, too; an adventure book and much more—a book of contact written by a writer who quickly becomes an audible and visible presence. Soaring with Fidel demonstrates that you can ‘pick up one thing and find the rest of the world hitched to it.’ If you’ve experienced a passion that you failed to follow—or that you did follow—then this is your book.”—Clyde Edgerton, author of Solo

“Exhilarating, hilarious, tender, this is David Gessner at his best. Call it whatever you want—osprey lust, wanderlust, migratory unrest—but when Gessner decides to follow the birds he loves from Cape Cod to Cuba to Venezuela and back north, over thousands of miles of mountain, swamp, and sea, we all benefit.”—James Campbell, author of The Final Frontiersman

“Equal doses of Jack Kerouac and Roger Tory Peterson promise to enshrine Soaring with Fidel in the pantheon of great travel writing and natural history.”—Keith L. Bildstein, author of Migrating Raptors of the World

“Gessner seldom sets out deliberately to be funny, as Bill Bryson does, but his deadpan, self-deprecating humor (“I had vast experience in not seeing birds”) makes him an ideal traveling companion and guide. Soaring With Fidel lets you hover for a while in the thermals of fine language, seeing the same old world from a fresh and invigorating altitude.”—Wilmington (NC) Morning Star News

“David Gessner, author of Soaring With Fidel, said, ‘There will be a huge hole in the Cape literary community. I have done a brunch for every one of my books and had planned on doing them for each future book. Each time Jack and Bess made it a personal celebration. It was a great way to interact with Cape people, and Cabbages and Kings will be deeply missed.'”—Shelf Awareness

“This probing investigation of the migratory flight of the osprey embraced several unexpectedly, exciting adventures . . . I found Gessner’s book a most interesting read.”—NH Union Leader

“This is a thoughtful and loving examination.”—Booklist

“Gessner’s account is filled with nitty-gritty details about the days and nights of an itinerant birder and beautifully detailed descriptions of ospreys in action. When actual observations were not possible, he imagined what the ospreys were doing and writes intelligently…A grand adventure, not just for birders and nature lovers.”—Kirkus