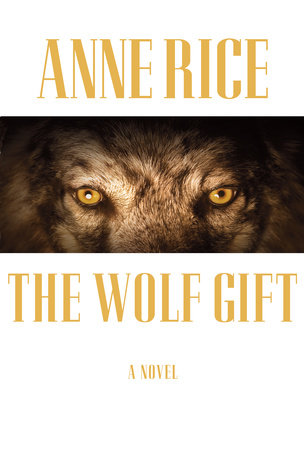 The questions, discussion topics, and suggestions for further reading that follow are designed to enhance your group’s discussion of The Wolf Gift, Anne Rice’s stunning return to the realm of the supernatural and its temptations and perils.

Reuben Golding, a young reporter, is entranced by the grand old house on the Nideck Point in northern California and by Marchent, its beautiful, enigmatic owner.  Marchent guides him through the mansion, drawing Reuben into its strange, intriguing history.  They spend a magical night making love, but in the early morning hours Reuben awakens to horrific screams. Attacked by crazed intruders, Marchent lies dying in the hallway and Reuben knows he is the next to die. As he stumbles in the darkness, Reuben is set upon and bitten by a vicious, unidentifiable creature. When he awakens in the hospital days later Reuben is the center of much speculation: the doctors are mystified by his rapid recovery from his life-threatening wounds and the inexplicable increase in his strength and size; and the press and the public are clamoring for information about the beast that attacked him. But the significance of the events at Nideck Point is greater than anyone imagines. Reuben has become a werewolf, inextricably linked to the mysterious creatures of myth and legend.

Exhilarating, seductive, and terrifying, The Wolf Gift is the story of the making of a werewolf as only Anne Rice could tell it.

1. What emotions do the description of the mansion and its setting in the first chapter evoke? How does Rice create a sense of both wonder and foreboding? Choosing some passages, discuss how the combination of literal descriptions and metaphor contributes to the mood she establishes. What does the physical setting share with other gothic or horror novels you have read?

2. Reuben presents himself as “a nothing and a nobody” (p. 7). How do his family and his girlfriend, Celeste, reinforce his self-image? What qualities shape the way he is perceived and treated by them? To what extent is he a stereotype of a privileged young man with few (or at least undefined) goals in life?

3. Why is there an immediate connection between Marchent and Reuben? What aspects of their personalities and their situations draw them to one another?  In what ways does the atmosphere of the house and its remarkable contents intensify their feelings?

4. What do the attempts of the police, the doctors, Grace, and Reuben himself to identify the animal that killed Marchent and her brothers and severely wounded Reuben say about the way people cope with an unusual and horrific event (pp. 52-55)?  How do professional beliefs (or biases) influence the explanations of Grace, Phil, and Jim?

5. “With every particle of himself he was breathing, breathing as he’d never breathed in his life, his whole being expanding, hardening, growing stronger and stronger by the second…. His voice was guttural, roughened. He began to laugh with delight, low and confidential…” (p. 83). Discuss how the physical changes Reuben experiences during his transformation into a Man Wolf mirror the changes that occur during adolescence.  What other aspects of Reuben’s transformation can be interpreted as an allegory for the onset of manhood?

6. Why does Laura succumb to Reuben so readily (p. 177-183)? Later, after telling Laura about his powers, Reuben asks himself, “But what right did he have to tell her about these things? What right did he have to seduce her with ‘stories’ that made it all sound so meaningful when perhaps it was not meaningful-when it was violent and primitive and dark” (p. 215).  How would you answer these questions?

7. When Reuben asks Jim “Do you believe in evil, a disembodied principle of evil…Do you ever think you can feel in coming out of someone?”  Jim replies, “It’s situational and psychological” (p. 71). Phil’s view of evil is that “It’s blunders, people making blunders…” (p. 158). To what extent do their positions reflect your own understanding of evil?

8. Closely aligned to the question of evil are Reuben’s concerns about the morality of his vicious acts as the Man Wolf. Does his embrace of his super-powers–and his exhilaration when he hunts down and destroys evil-doers-constitute an alternative, yet acceptable, moral code? How do his actions fit into your and society’s understanding of right and wrong? Is vigilantism ever morally justifiable?

9. Compare Reuben’s piece on  “our most crucial moral positions” (p. 233-234), his article for the Observer (p. 371), and his declaration,  “I am not a creature without conscience, without empathy, without the capacity for good” (p. 272). Are these views compatible and if not, what accounts for the differences among them?

10. Is Rueben able to reconcile powers of the “wolf gift” with the religious traditions he grew up with? Why does he reveal his altered state to Jim, a Catholic priest (pp. 186-191)? Do Jim’s thoughts about the existence of magic and the supernatural reflect a traditional Catholic point of view (pp. 194-6)?  What role does the theology of Pierre Teilhard de Chardin play in Reuben’s and Laura’s understanding of man’s place in the universe (pp. 150; 334; 384)?

11. What do you think of Laura’s view that Reuben is “a mystery the way a sacrament is a mystery (p. 235)?  How do her personal beliefs and philosophy influence her attachment to Reuben and to the other Morphenkinder (p.384)?

12. The search for a scientific explanation of Reuben’s transformation runs throughout the novel. What do the attempts to study Reuben’s DNA and the suggestion that Morphenkinder may have evolved due to the effects of Chrism on progenitor cells imply about the efficacy and the limitations of sophisticated, cutting edge scientific inquiry? (p. 256-7)? How do the test results at the San Francisco hospital relate to Felix’s explanation of Chism (pp. 436; 456)?

13. Why is Grace so determined to find a logical explanation for the Man Wolf terrorizing (pp.298; 425; 428)? What does it reflect about her role as a scientist? About her fears-and perhaps suspicions–as Reuben’s mother?

14. What was your reaction to the gory, graphic details in The Wolf Gift? Do you find them unnecessarily gruesome or are they essential to the traditions of supernatural and gothic story-telling?

15. What distinguishes Reuben from the “beasts” depicted in movies and books like The Howling, the popular Twilight Saga, and the classic Wolf Man films starring Lon Chaney Jr.? What is the significance of his being part of the Morphenkind community?  What do Felix and the others offer him?  Why is understanding their history and the lore surrounding werewolves important to Reuben (461-483)? What insights does he gain into his own experiences and into the relationship between the natural and supernatural worlds?

16. The Wolf Gift is the first book in a series. Which characters are you most eager to meet again in the next volume, The Wolves of Midwinter? What aspects of Morphenkind life would you like to explore further?

Anne Rice is the author of 31 books, including Interview with a Vampire, The Vampire Lestat, The Lives of the Mayfair Witches, and The Songs of Seraphim. She lives in Palm Desert, California.

The Wolves of Midwinter

The Witching Hour
Back to Top