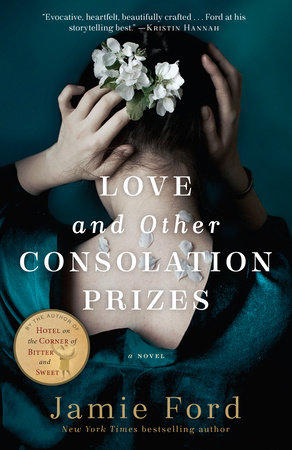 I’ve been in a guys’ book group, called Books & Brews, for six years now. When I was first asked to join, I thought it was a clever ruse, an excuse for men to get together and perhaps have some sort of clandestine fantasy football draft. I was wrong. The first book was Thomas Pynchon’s The Crying of Lot 49. That’s when I knew these guys take their reading seriously. (And that they tend to choose books waaaaay above my reading level. Um . . . thanks, guys.)
So with book clubs in mind, I came up with some questions, as if they were presented to my own book club. Ready? Here goes:

1. The story of Ernest starts off on a very sad note. Do you condemn Ernest’s mother for her actions, and if so, what were her alternatives?

2. The early suffrage movements in the United States all took place in what were regarded as frontier territories in the West. Why do you think the trends of suffrage and vice emerged at the same time, in the same places (like Wyoming, where women first got the vote in 1869)?

3. Those suffrage campaigns were often intertwined with religious movements. When did women’s rights diverge somewhat from a religious underpinning and why?

4. This book ultimately deals with prostitution. Is there an intersection between prostitution, personal agency, and feminism? Or are these mutually exclusive concepts?

5. Caucasian prostitution in the early twentieth century has often been glamorized, while Asian prostitution has been demonized. Is there truth behind those cultural tropes? Are our historical perceptions off? What was the reality of those perceptions then—­and what are they now?

6. Madam Flora and Miss Amber have a unique relationship. Do you see this as one born of love, of shared business interests, or a bit of both?

7. Speaking of business interests, do you see Madam Flora and Miss Amber as two people exploiting young women, or benefiting them?

8. Early world’s fairs often had ethnographic exhibits—­human zoos, if you will. When did this stop being socially acceptable, and why the change?

9. World’s fairs also try to be predictive of the future. The 1962 World’s Fair boasted the latest technology and hinted at a grand technological leap. Were those predictions right?

10. At the Tenderloin (and in the character of Turnbull) we see wealthy, successful men breaking rules and social conventions. Is there a modern analog? Are wealthy men today able to live above and beyond the margins of law and civil discourse and, if so, who, and how are they able to get away with such behavior?

11. For much of the book, the reader is wondering whom Ernest will ultimately end up marrying. Did he make the right choice? Why or why not?

12. Lastly, Ernest and Fahn read a certain book by Henry De Vere Stacpoole. How does that novel reflect the innocence and tragedy of their relationship? And do you know what that book is? (Hint, it was made into a somewhat cheesy movie in the 1980s).

Learn More About Love and Other Consolation Prizes
print

The Bookshop of the Broken Hearted
Robert Hillman
Back to Top