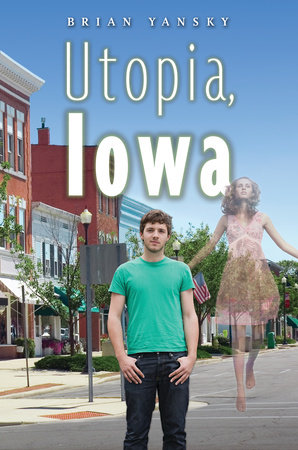 Jack Bell has an unusual gift—or curse, depending on your point of view. And he’s not the only one. In Utopia, Iowa, anything can happen.

For the most part, aspiring screenwriter Jack Bell is just your typical Midwestern kid. He’s got a crush on his hot best friend, Ash. He’s coping with a sudden frostiness between his once crazy-in-love parents. He’s debating where to go to college next year—or whether to go at all. But then there’s his gift (or curse): Jack can see dead people, just like the kid in The Sixth Sense. Lately, the ghosts are more distracting than usual, demanding that Jack get to the bottom of their mysterious deaths—all while avoiding the straitlaced Detective Bloodsmith, who doesn’t believe in gifts or curses and can’t help wondering why Jack keeps turning up at crime scenes. Is there a happily-ever-after in Jack’s future, or is that only the stuff of movies? 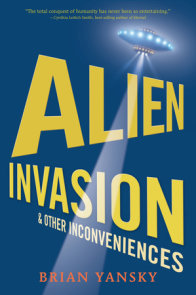 See all books by Brian Yansky

Jack is a likable character set in a clever plot. Yansky’s writing is down to earth and entertaining. … Teens looking for a good mystery with a paranormal twist will enjoy this one.
—School Library Journal

Yansky’s blend of mystery, the paranormal, and realism makes this novel’s setting truly unique. … Jack is a likable guy… His adventures should appeal to paranormal, urban-fantasy, and romance fans.
—Booklist Online

Jack’s narration is deceptively low-key and laconic, his slightly slackerish disaffection bringing a wry, M. T. Anderson–esque note to this blend of noir and supernatural story. Yansky does a fine job of building the magical realism of Utopia and its combination of inhabitants who believe, those who don’t believe, and those who make money off of pretending to believe at the local Nirvana College; the Midwestern solidity adds both ironic and unironic charm…. Readers building up their nerve for Andrew Smith will find this a pleasingly creepy and likably oddball outing.
—Bulletin of the Center for Children’s Books

Readers will particularly enjoy the connections between current events and a famous film.
—Literacy Daily