The Nearness of You Reader’s Guide 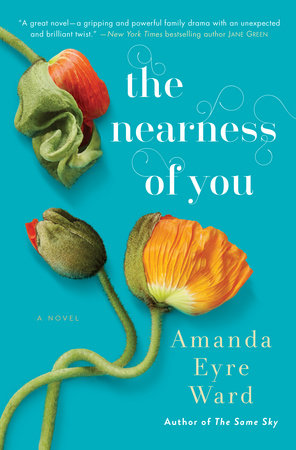 The Nearness of You Reader’s Guide

print
The Nearness of You Reader’s Guide

1. When Hyland announces to Suzette that he wants to have a baby, Suzette is shocked. How would you feel if you were in Suzette’s position? What do you think of Hyland’s decision to change his mind about their agreement? How does this reflect your opinions of the representation of their marriage?

2. As Suzette weighs the idea of surrogacy and having a child, she struggles with whether she “could be a mother, and a dollar?” Discuss this question in the context of Suzette’s actions in the novel. How is this balance challenged? Do you think it’s possible for a woman to be both and mother and a dollar?

3. Though Suzette is not sure if she wants to become a mother, her job requires her to care for children, often saving their lives when they are at their most vulnerable. What do you think of this dichotomy? How does her job influence her as a woman? As a mother?

4. Pregnancy can bring all sorts of layers of complexity between a man and a woman. Describe the complex relationship between Hyland, Suzette, and Dorrie when they enter into a surrogacy agreement. How does this distinctive relationship develop over the course of the novel?

5. Discuss Dorrie’s decision when she finds out she is pregnant with Suzette and Hyland’s child. Do you agree with her actions?

6. When Dorrie is pregnant, she hopes that her unborn daughter will be “everything I wanted to be.” How does this express the representation of parenthood in the novel?

7. Motherhood is represented in many different ways in this novel. How do you define a mother? How are the traditional definitions of motherhood challenged in this novel?

8. Discuss the character of Jayne. Why is she an important character in the story? What do you think about the relationship between her and Dorrie?

9. Many of the characters in the novel are haunted by their past, the marks left on them by their parents, or the lack of parental presence in their lives. How does the past impact each of these characters? How does it influence the plot?

10. Discuss the theme of secrets in the novel. What are some of the secrets that these characters keep from one another? How do these secrets drive the action of the novel? How would the story have differed in the secrets had been revealed earlier?

11. What do you think the future holds for Hyland, Suzette, Dorrie, Jayne, and Eloise?

Learn More About The Nearness of You
print

The Geometry of Sisters

The Good Woman
Back to Top