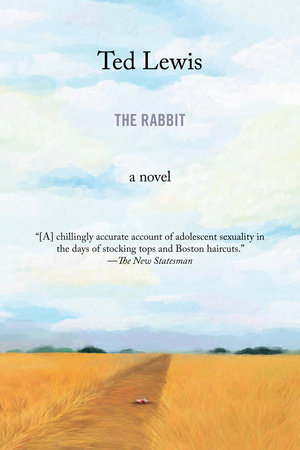 Reminiscent of the work of American writers J.D. Salinger and Henry Roth, The Rabbit is Ted Lewis’s (Get Carter) most autobiographical work and an emotionally complex portrait of what it was to come of age in post-war England

It is the late 1950s and Victor Graves is an art school student whose father manages a rock quarry not far from their home in Lincolnshire. He is the apple of his mother’s eye, but Victor’s dad thinks his son takes for granted the life he provides. He sets Victor up to work in the quarry for the summer holiday, breaking rocks to harvest flint.

It is in the quarry that the thin, awkward Victor meets Clacker. Tattooed and sinewy, Clacker swings the rock hammer all day and by night kits out in Teddy boy trappings for long bouts of carousing. For Victor he epitomizes masculinity.

Yet the always glib Clacker refuses to accept Victor. Desperate to prove himself, the sensitive Victor begins to spend more time in pubs and picking fights. Everything begins to unravel after a disturbing incident at work sends Victor on a dangerous downward spiral.

Though known best as one of Britain’s most important crime writers, Ted Lewis had the soul of a poet. This powerfully emotional novel is a moving portrait of small town life—the pubs and the people, the workaday life—as seen by a young man navigating through the cultural and sexual confusion of 1950s England. 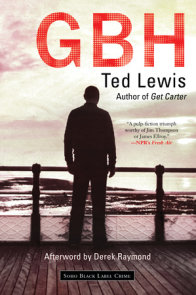 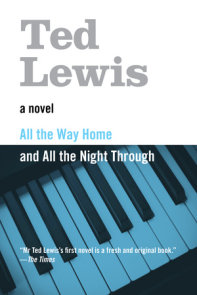 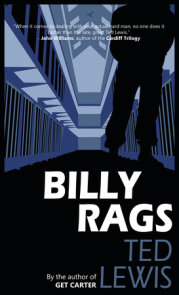 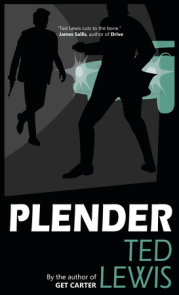 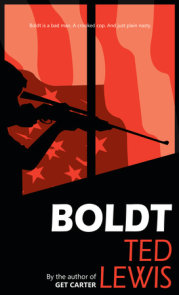 See all books by Ted Lewis

Praise for The Rabbit

“[A] chillingly accurate account of adolescent sexuality in the days of stocking tops and Boston haircuts.”
—The New Statesman

“Victor, from Lincolnshire, works in his father’s quarry as a vacation job from art school in Hull, and enlarges his awareness and education in several ways. There’s violent action, but it’s far less gratuitous than in his earlier novels, and The Rabbit really does convey a sense of experience economically and forcefully presented.”
—Northern Echo

“Set in Humberside, is the story of the maturing of an art student with a reputation for cowardice… The novel has virtues, of pace, of characterization and of local detail, all of which make it worth reading.”
—The Guardian

Praise for Get Carter

“Aristotle, when he defined tragedy, mandated that a tragic hero must fall from a great height, but Aristotle never imagined the kind of roadside motels James M. Cain could conjure up or saw the smokestacks rise in the Northern English industrial hell of Ted Lewis’s Get Carter.”
—Dennis Lehane, author of Live by Night

“Sums up the hard-boiled ethos as well as anything I’ve ever read… As far as classic hard-boiled fiction, Get Carter is sui generis, the place where British noir begins.”
—David L. Ulin, The Los Angeles Times

“Rereading all three books, I was struck by the influence Lewis’s novels have had on so many current hard-boiled writers whose main characters are hard cases (certainly Lee Child’s Jack Reacher is a literary son). Written in first person and present tense, Lewis’ trilogy has an immediacy that belies its age.”
—Carole Barrowman, Milwaukee Journal-Sentinel

“Masterful… Lewis had a shrewd eye for the shifting class politics of late-’60s England, the point at which the austerity of the postwar years had melted away and prosperity was slowly creeping into the regions, creating a new middle class.”
—Los Angeles Review of Books

“The year’s big event in international noir is the republication of the Jack Carter Trilogy by England’s Ted Lewis. Few crime writers could inject menace and desperation into small talk the way Lewis did, and he had a fine eye for period detail.”
—The Philadelphia Inquirer, Best Books of 2014

“Among crime-novel aficionados, it’s generally accepted that Ted Lewis established the noir school of writing in Britain, and one novel in particular got it going: Get Carter.”
—Shelf Awareness

“One of the very best tough guy novels of all time.”
—Acadiana Lifestyle

“Get Carter is one of the most influential works of crime fiction in existence. In the world of U.K. hardboiled literature it’s had the kind of impact that books by Dashiell Hammett and Raymond Chandler had on the genre in the U.S.”
—Criminal Element

“Lewis was one of the first British writers in the sixties to take Chandler literally—’The crime story tips violence out of its vase on the shelf and pours it back into the street where it belongs’—and [Get Carter] is a book that I and plenty of other people at the time considered to be a classic on these grounds.”
—Derek Raymond, author of the Factory Novels

“Get Carter remains among the great crime novels, a lean, muscular portrait of a man stumbling along the hard edge—toward redemption. Ted Lewis cuts to the bone.”
—James Sallis, author of Drive

“Ted Lewis is one of the most influential crime novelists Britain has ever produced, and his shadow falls on all noir fiction, whether on page or screen, created on these isles since his passing. I wouldn’t be the writer I am without Ted Lewis. It’s time the world rediscovered him.”
—Stuart Neville, author of The Ghosts of Belfast

“Despite a taste for hard-boiled on wry, Lewis has the soul of a serious novelist, capturing the brothers’ troubled relationship, the grimness of the surroundings, and, ultimately, the futility of being top dog.”
—Booklist, STARRED Review

“[An] impressive novel… Evocative prose sets this above similarly themed crime stories… Ian Rankin fans who have not yet read Lewis will be pleased.”
—Publishers Weekly

“Too good to read slowly.”
—Detectives Beyond Borders