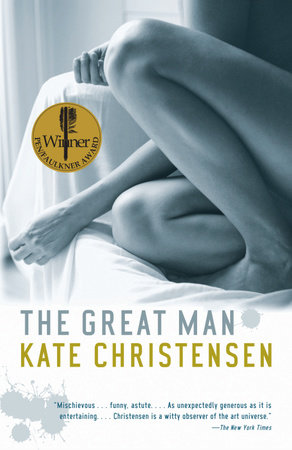 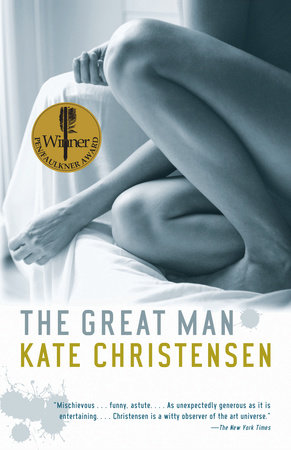 About The Great Man

National Bestseller and Winner of the PEN/Faulkner Award for Fiction

“Mischievous…funny, astute…As unexpectedly generous as it is entertaining…. Christensen is a witty observer of the art universe.” —The New York Times

About The Great Man

National Bestseller and Winner of the PEN/Faulkner Award for Fiction

“Mischievous…funny, astute…As unexpectedly generous as it is entertaining…. Christensen is a witty observer of the art universe.” —The New York Times 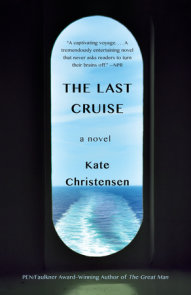 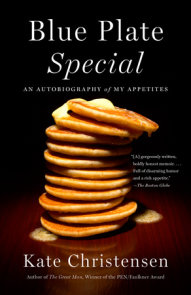 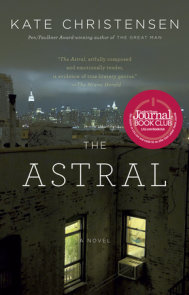 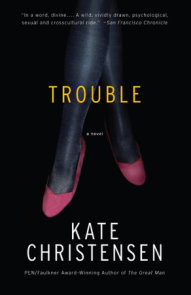 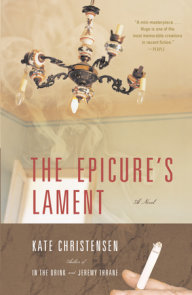 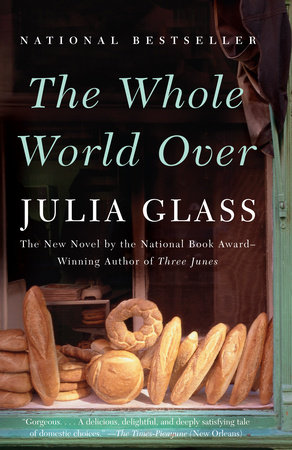 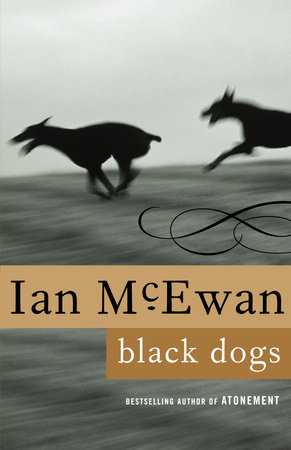 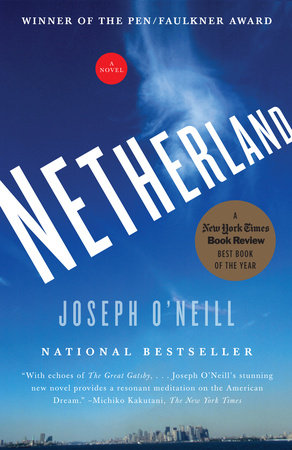 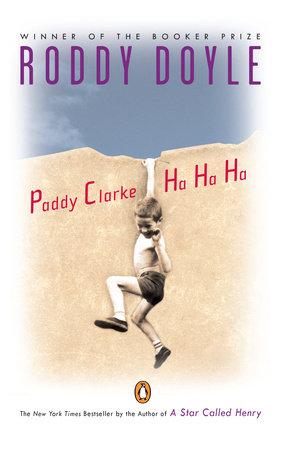 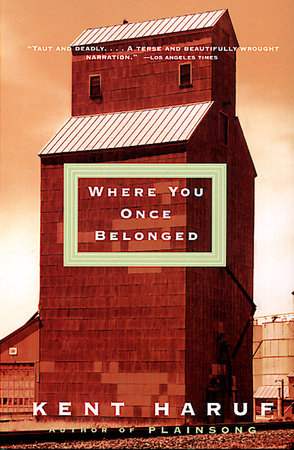 Where You Once Belonged 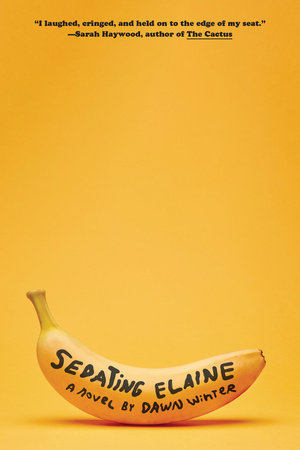 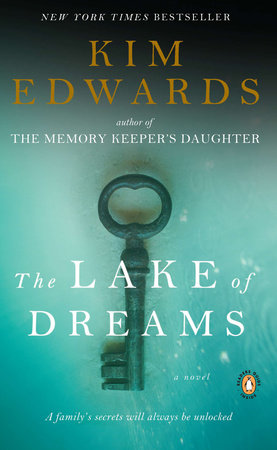 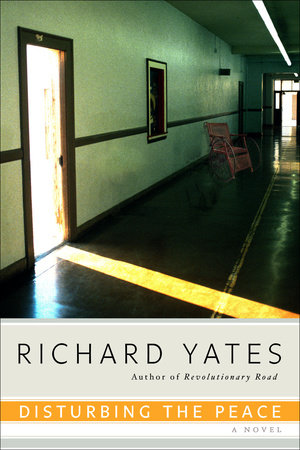 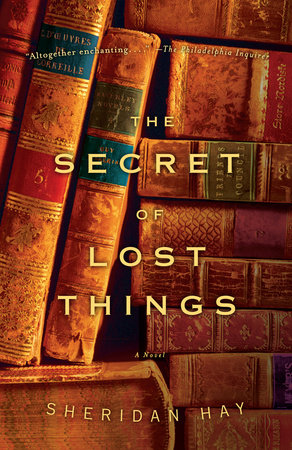 The Secret of Lost Things 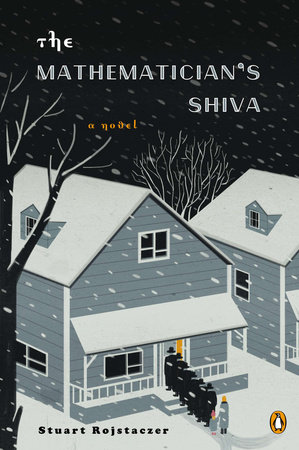 “The Great Man is as unexpectedly generous as it is entertaining. . . . Wise and expansive. . . . Christensen is a witty observer of the art universe.” —The New York Times “Christensen’s writing is clear-eyed, muscular, bitingly funny, and supremely caustic about the niceties of social relations, contemporary American culture, and sexual politics.” —O, The Oprah Magazine “These characters are wonderfully developed and break the stereotype of the aging female protagonist. Christensen . . . boldly has raised the bar.” —USA Today "Nimble, witty and discerning, Kate Christensen is single-handedly reinvigorating the comedy of manners with her smart and disemboweling novels of misanthropes, cultural and aesthetic divides, private angst, social ambition and appetites run amok." —Chicago Tribune

In Conversation with
Kate Christensen
Author of
THE GREAT MAN


Please finish this statement: Behind every great man is a great…

ego.  No one is great by luck or accident: artistic achievement is the result first and foremost of an overweening drive to create something out of nothing.  I suspect that even the most reclusive poet (Dickinson, for example), visionary sculptor (Michelangelo) or selfless novelist (Eliot) has a gigantic ego, and furthermore, that you don’t have to scratch very hard to find it.  Not every great man has a great woman behind him; only the lucky ones do.

I began two different versions of this novel, each with a different biographer, Ralph and Henry.  Neither version went anywhere until I realized that the novel needed both of them, and then it took off.  I liked the inherent dramatic tension in rival biographers, plotwise, and I also liked the way their duality develops and deepens and points to the initially fractured portrait of Oscar that I hope becomes increasingly coherent and clear as the book goes on — and then diverges again in the two biographies.


Why did Oscar only paint the female nude?

The female nude was the best means to the most important end for him, not necessarily an end in itself.  Oscar was obsessed, monomaniacally, with women.  He was more obsessed with women than he was with painting — painting was only the vehicle to capture and penetrate and experience women in a way sex couldn’t.  He had literally no other subject — one of his many limitations.


What makes Oscar so compelling to the women in his life?

First of all, Oscar loved women.  He loved them, appreciated them, made them feel seen, sexy, wanted, intelligent, needed.  Also, he was demanding, but he wasn’t mercurial or unpredictable; he didn’t act out of character in heartbreaking ways, he gave exactly what he promised, and fulfilled everyone’s expectations to the end.  Teddy, Abigail, Maxine, and Lila are all capable of apprehending irony and contradictions.  They’re complex people, in flux.  Oscar was not: he was two–dimensional as a person, fixed, unchanging, certain of his opinions.  I think that sort of fixed certainty can seem very sexy — also frustrating, also stifling — therefore each woman had a fractured, incomplete relationship with him.  Each woman loved him in a different way: Abigail, in a nutshell, because he could do what she wanted to do and couldn’t, Teddy because he was in her thrall and she craved control and power, Lila because she was desperately hot for his confidence and way of looking at a woman, and Maxine because he was her little brother, in spite of everything.  They all saw through him, all understood him.  There is a pleasure in deeply getting someone.  Women could feel very close to Oscar — he didn’t swerve, he never surprised anyone, he was totally trustworthy and appealing within the confines of his character.  He was a “manly man” of the mid twentieth century — successful, unapologetic, owing no explanations to anyone.


Who has the better life: Teddy or Abigail?

Abigail wanted to be a college professor, but she wasn’t analytical enough.  Instead, she lived a cloistered life, watching the world from her gilded cage, bound to her emotionally locked–in son in their airless apartment, reading novel after novel as her peripatetic husband came and went and lived off her money.  But she had a lover, a passionate affair. She had a deep friendship with her housekeeper, Maribelle.  She loved her son and was devoted to him.  And she had the legitimacy of marriage; she was a wife, and didn’t regret marrying Oscar.  She is perplexed by the way her life ended up, but not bitter; Abigail doesn’t have bitterness in her, but she’s defined by resignation and yearning.  She feels claustrophobic, lonely and unfulfilled at the end of her life.  Her new friendship with Lila (ironically, she and Teddy shared a husband, and now they’ll share a best friend) is more exciting to her than her new affair with Rex, just as she missed Maribelle much more than she missed Oscar when they both died in the same year.

Teddy was born rich, became poor, left Vassar, and became exactly what she was best suited to be: a mistress, bohemian, a single mother, self–supporting.  She threw wild parties, drank, sustained a good sex life with Oscar, and raised two daughters the way she wanted to, on her own terms.  But she is also, like Abigail, beset at the end of her life by resignation and yearning: yearning for Oscar, for new passion, resignation about her daughters’ aloofness from her, her own loneliness.  “If you were a woman, you could never have everything,” she thinks at the end of Chapter Two.

Of the two, Teddy is outwardly more fulfilled, but neither woman wanted all of Oscar.  They didn’t mind sharing him, really — sharing him gave each of them, mistress and wife, a tremendous amount of space and time within the confines of an intense relationship with a needy, demanding egomaniac.  Neither of their lives seems entirely enviable to me, but of the two, I’d take Teddy’s any day.


This story reveals a number of “truths”­how important is the truth?

The “truth” — about a life, an artistic oeuvre, a single work of art, a biographical stance, a relationship, a long–ago conversation or love affair — is mutable and slippery.  It changes from day to day, from person to person.  The answer depends on who’s asking the question as much as who’s answering it.  Oscar is the unchanging (but absent) source of heat and light around whom everyone moves: women, biographers.  The light he sheds illuminates things at varying angles, degree of shadow, intensity.  His fixedness creates a kind of emotional uncertainty principle depending on anyone’s perspective and mood.  There was only one Oscar, it turns out, the same Oscar for everyone, the way we all live under the same sun, but that light waxes and wanes and goes away at night.


Did you set out to write a sexy novel about women in their 70s?

I did!  I set out to allow my characters, women in their 70s and 80s, a kind of frank sexuality I haven’t seen much in “older” women in literature.  Teddy is English, given to innuendo and flirtatious ceremony more than blatant lust, but she says “fuck” and is excited by food and wine and the idea of sex, the language around sex — Abigail, the Conservative Jew, is somewhat repressed, but her three–year–long affair with Edward, Ethan’s poetry–reading, cognac–sipping young doctor, provided her with a lifetime’s worth of memories and erotic longing.  She probably would have done well to fall in love with Maribelle, actually, but she was far too prim and proper to acknowledge any attraction she might have had for her housekeeper.  Maxine, a nonreligious Jew and a frank lesbian, is lusty and bluntly so, unrepressed and straightforward.  Unfortunately, she’s also got problems being close to people and expressing affection, so she’s had lots of sex in her life but failed to find lasting love.  Lila, the New England minister’s daughter, had two husbands over many years and was faithful but wanted Oscar, then in the course of the novel, she falls into a torrid affair with a younger man she meets in the street.  But instead of the joy Teddy feels when she and Lewis finally sleep together, Lila experiences the sense of diminishment some women feel, the loss of autonomy that can happen in a relationship with a man.  For years, throughout her marriages, she was in love with Oscar, who wanted women to be themselves as fully as possible so he could appropriate them in paint — instead, she got underachieving “mediocre” men she had to push to succeed; her affair with Rex, even though it’s sexually fulfilling, bores her.  I hope all four of these women have understandable, contemporary attitudes toward and experiences with sex.   I hope they’re all believably sexual and interesting because of it —