Voice of the Violin Reader’s Guide 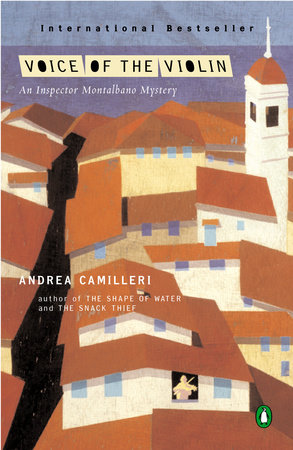 Voice of the Violin Reader’s Guide

INTRODUCTION
Police Inspector Salvo Montalbano could write a book about the subtleties of Sicilian cuisine, but he is admittedly ignorant when it comes to music. Nevertheless, in Voice of the Violin, the fourth Montalbano mystery, the inspector must learn to listen to the world in unfamiliar ways in order to make sense of a baffling array of clues. A beautiful woman is found smothered and naked in the bed of her unfinished home, and a search of the house turns up no articles of clothing other than a pink bathrobe. Soon afterward, a prime suspect in the case is gunned down by a police squad in less than transparent circumstances. The dead woman’s husband, who claims to have loved her “like a daughter,” views her murder with a strange emotional detachment. Meanwhile, above all the confusion, as if on a level of existence more celestially beautiful than ours, a masterful but reclusive violinist plays free morning concerts for his paraplegic neighbor.

Voice of the Violin is a classic whodunit, taking the reader on a labyrinthine path that leads from the discovery of a murder victim to the climactic unmasking of the killer. In the hands of a master storyteller like Andera Camilleri, however, the classic is never the conventional. As Montalbano implacably tracks down the murderer, he also continues to deal with a thorny romantic life and the frustrations of working within the criminal justice system, all the while indulging his insatiable appetite for Sicilian delicacies.

Andrea Camilleri’s Montalbano mystery series, bestsellers in Italy and Germany, has been adapted for Italian television and translated into German, French, Spanish, Portuguese, Greek, Japanese, Dutch, and Swedish. He lives in Rome.

Learn More About Voice of the Violin
print

The Track of Sand
Andrea Camilleri

The Wings of the Sphinx
Andrea Camilleri

The Smell of the Night
Andrea Camilleri

The Age of Doubt
Andrea Camilleri

The Patience of the Spider
Andrea Camilleri

The Pyramid of Mud
Andrea Camilleri

A Nest of Vipers
Andrea Camilleri

A Beam of Light
Andrea Camilleri

The Death of Kings
Rennie Airth

The Body in the Castle Well
Martin Walker

Wash This Blood Clean from My Hand
Fred Vargas

The Secrets of the Bastide Blanche
M. L. Longworth
Back to Top