The Cellist of Sarajevo Reader’s Guide 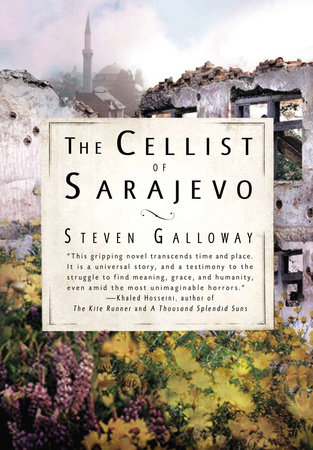 The Cellist of Sarajevo Reader’s Guide

One of the Washington Post’s Best Books of 2008.

The Cellist of Sarajevo is a gripping portrait of a city under siege, the small acts of humanity that come to renew it, and from the ashes, the rising, redemptive grace notes of one musician.

After witnessing a shelling that takes the lives of twenty-two civilians outside his window, a man decides he will play at the site of the attack for twenty-two days in tribute, to mark their deaths in a city bombarded relentlessly by surprise attacks and sniper fire.

Elsewhere in the city, a young man leaves home to gather clean drinking water for his family—a perilous mission that forces him to weigh the value of generosity against selfish survivalism.

A third man, older, sets out in search of bread and distraction, and instead runs into a friend from the past who reminds him of the city he has lost, and the man he once was.

As each is drawn into the web and center of the mournful adagio, a female sniper holds the fate of the cellist in her hands. While she protects him with her life, her own army prepares to challenge the kind of person she has become.

A novel of great intensity and power, The Cellist of Sarajevo is a testament to the endurance of the spirit and the subtle ways individuals reclaim their humanity in a time of war.

Learn More About The Cellist of Sarajevo
print

Skeletons at the Feast

Thirteen Moons
Back to Top