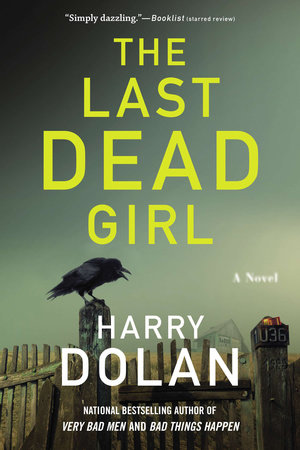 1. INTRODUCTION
On a rainy night in April, a chance encounter draws David into a romance with Jana Fletcher, a beautiful young law student. David would like to know her secrets, but he lets them lie—until it’s too late.

When Jana is brutally murdered, the police consider David a prime suspect. But as he sets out to uncover the truth, he soon learns that Jana’s death may be related to an earlier murder, one that she was obsessed with during the last weeks of her life.

And as he retraces her steps, he begins to realize that he’s treading a very dangerous path—and that her killer is watching every move he makes.

ABOUT HARRY DOLAN
Harry Dolan is the bestselling author of Bad Things Happen and Very Bad Men. He graduated from Colgate University, where he majored in philosophy and studied fiction writing with the novelist Frederick Busch. A native of Rome, New York, he now lives in Ann Arbor, Michigan, with his partner, Linda Randolph.

The Man in the Crooked Hat
Harry Dolan

Friday on My Mind
Nicci French

The Famous and the Dead
T. Jefferson Parker

Since She Went Away
David Bell

Every Deadly Kiss
Steven James
Back to Top